So, the rain came.

Of course, that just meant going to inside projects.

Then, we got some bad news.

About a month ago, the truck started eating coolant.  We took it in to the dealer and paid a couple thousand dollars to get it fixed.

It didn't get fixed.  It turns out that it is probably a blown head gasket. That sucks.

The quote to get it fixed ended up being about half the home renovation budget.  I just can't do that.

The shop manual quotes a trained technician with a fully stocked shop should take around 36 hours of labor.

I'll probably need longer than that.  Not being a trained technician with a fully stocked shop and all.  On the plus side, I have a garage!  And, after some rearranging, the truck even fits inside it.

But, before I disappear into the garage for a few weeks, I wanted to finish a couple of in-the-house projects.

One big one in particular.

In order to be comfortable in the house, we needed a kitchen sink. We probably needed a cabinet to put it in as well. They are tough to use when they are sitting on the floor.

I started out with the base.


OK, so here it gets a little strange. I decided to use some old, scrap OSB that I had lying around for the sides. I did this for two reasons.  First, I don't really trust my cabinet making skills yet. I don't want to waste any nice wood on my mistakes. Second, I don't have a truck to go get anything else.

That part took all of a day off. I spent part of the next day off working on the counter top and getting interrupted with things.

Nothing is as easy as the pictures make it look.


Then it was back in the house.

I cut the counter top out of a 3/4 inch plywood piece I had left from doing the sub floor. Unfortunately, I was so focused on the cutting that I forgot to take pictures.

I will say, I had to do it all twice.  Sarah ordered an undermount sink and I didn't leave enough room for the clips that secure the sink to the counter. So, I tossed that piece aside and cut another one.  That was frustrating. But, it was also educational. The second time around, everything worked a little better. But, I was running out of days off.

I went to Lowe's last night and bought all the stuff I needed to make the plumbing work.

Then, today, Lowe's came to me.

That will be walls and skirting some day.

Again, I was running out of time, so I didn't take many pictures. I didn't finish this project until after 9pm this evening.

I hope I can say the same about the truck repair.

Time to change gears and hats.

Have you ever wanted to know how to change a head gasket on a Duramax diesel? 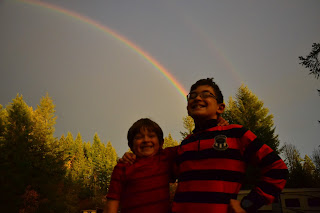