And then there was Ruthie.

When last we left our intrepid...well, us.  We were finding beauty in our stark and sere new surroundings.We had to drive a ways, but we found it.  To say we were missing Bremerton and the Olympic peninsula would be a tremendous understatement.  Luckily we had Ruthie and the Gang come down for a quick visit.  They rolled up in the van with their smiles and awesomeness and brought happiness.  Of course we had to reward them with the beauty we found.  So, it was back to the Chinook pass and Ranier area for some scenery and hiking.

With one small stop.  We learned in Santa Fe, with Russell, that ponderosa pine trees smell like butterscotch.  We told Ruthie and she had heard of this, but never experienced it first hand.  Well, on our previous trip we noticed some ponderosas along the way and of course had to stop to sniff some tree.

With our duties out of the way, we were free to enjoy the day.  And we did.

Back to Tipsoo lake to hike some trails.  Ruthie, it turns out, wants to hike the PCT as well.  So we had to get some pictures.  We skipped the box canyon though and decide on a different hike. 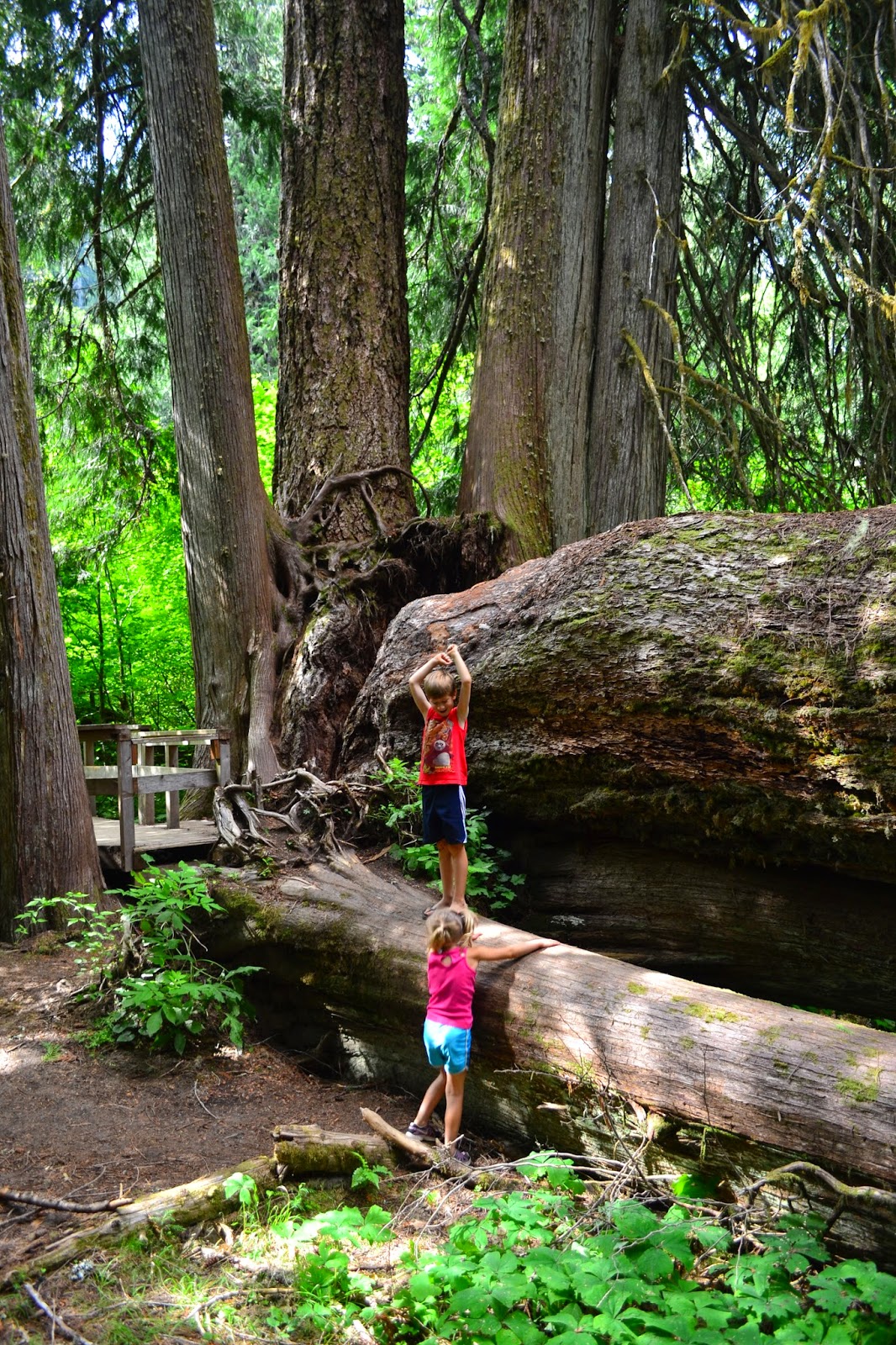 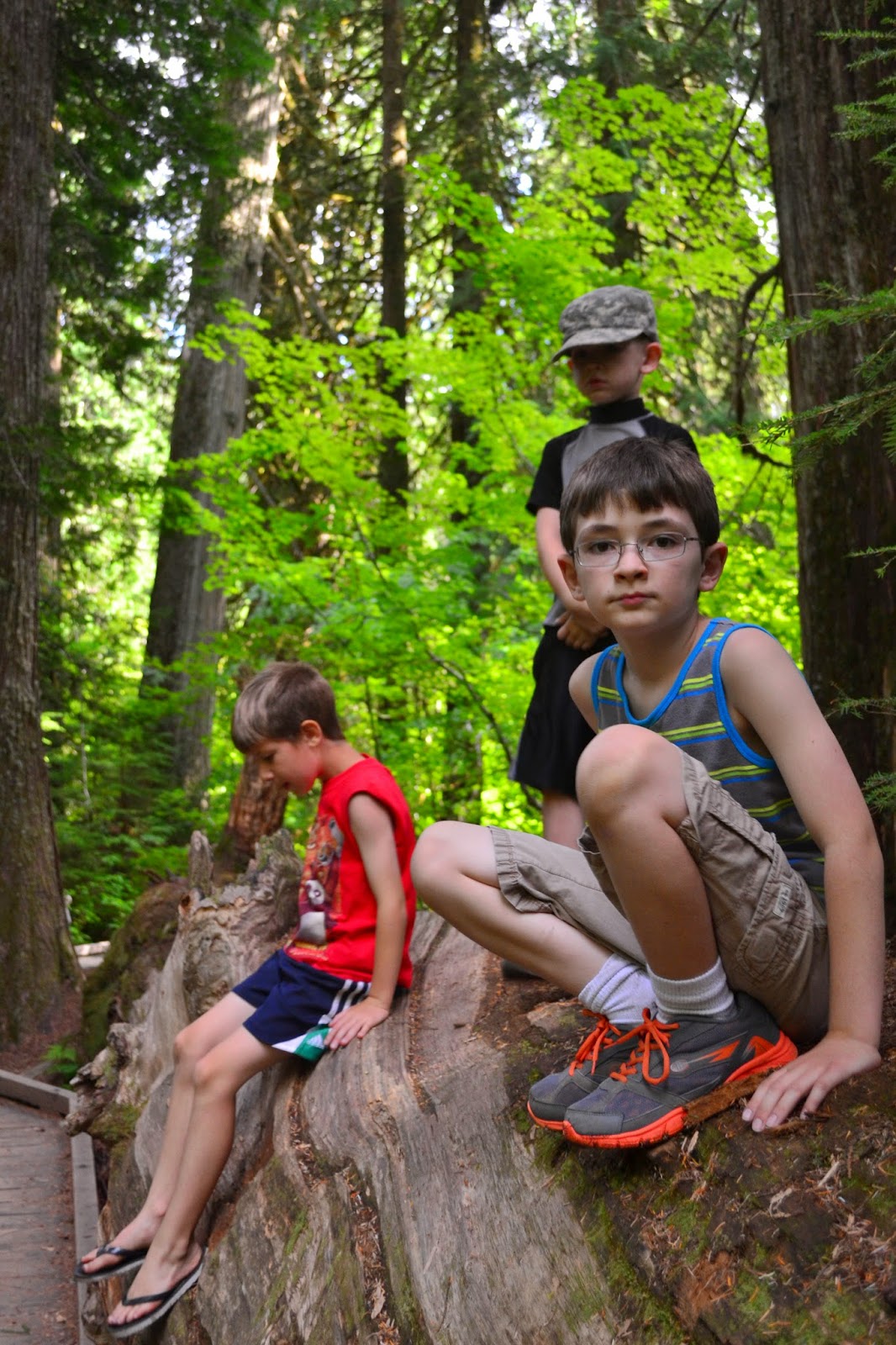 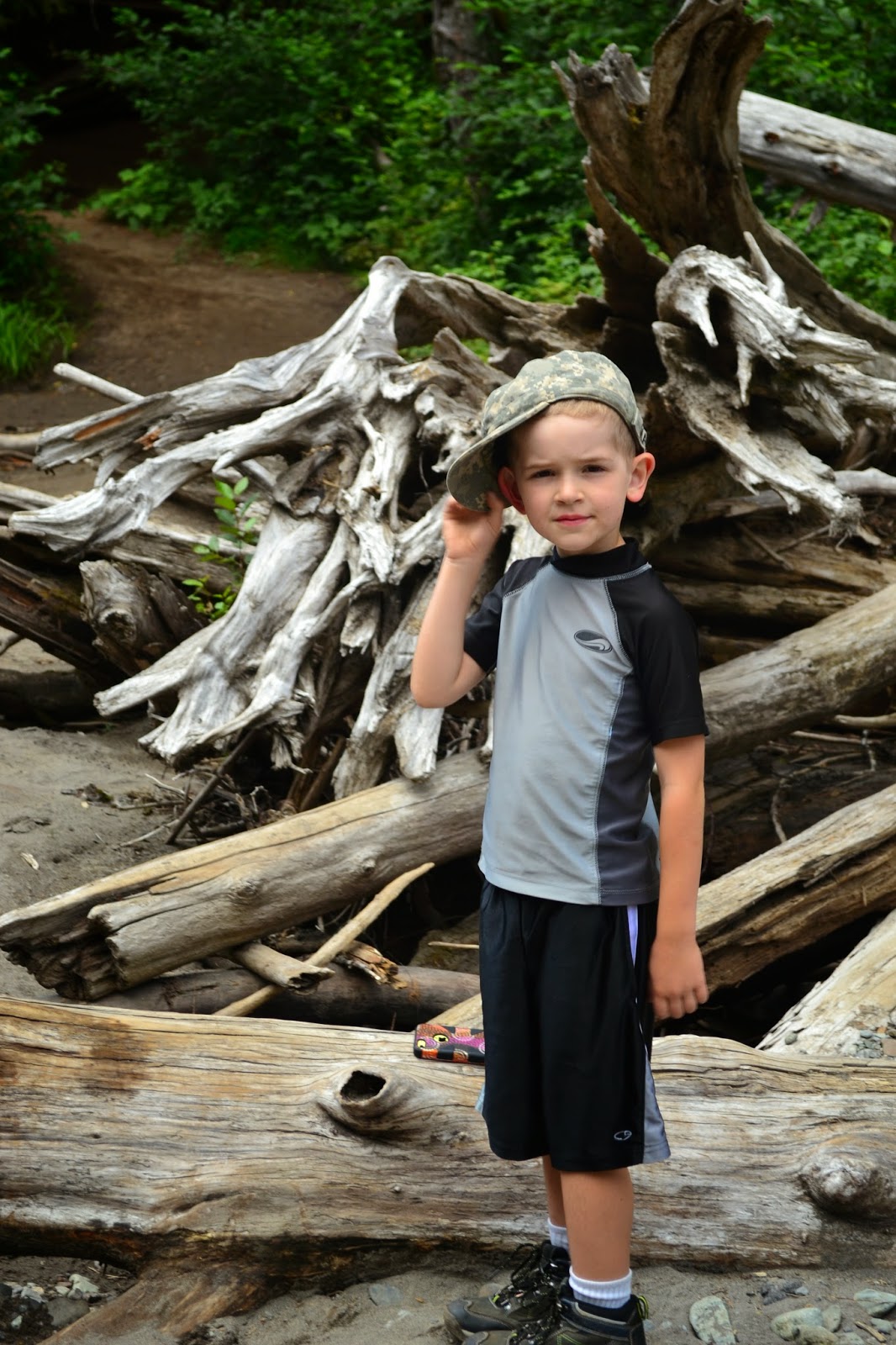 And then we were back to the car for a drive home.  We discovered a few waterfalls on the way and, of course, we had to stop and take pictures.


Posted by Adventure Nickel Farm at 2:30 PM No comments:

That is quite enough of that, really.

That last RV park was something. We have stayed at a lot of RV parks over the years and this one ranks right up there with the worst.  You know, I don't normally bad mouth anyone on here, but if you are ever in Yakima with an RV, do NOT stay Trailer's Inn on 1st Street.  For those of you on my Facebook, remember tazer penis?  He was found OD'ing against the fence of the RV park and two days later was back for a tazered penis.  All of this happened in the vicinity of the RV park.  Each cop, paramedic or ER nurse that heard where we were staying stopped and gave me that look like I just told them I had a vial of ebola in my pocket.

And that is just the neighborhood around the place.  I won't carry on though.  I will save the full rant for my review on the RV park review website we use.

Instead, how about a quick trip through a few things that happened while we were away.

Yakima is different.  Way different than the west side of the Cascades.  It is dry, hot and brown.  What little green remains is clustered around the rivers that join together and cascade down through the valley.

There is industrial agriculture everywhere.


None of this is what we came to Washington for, so we headed back as soon as we could.  We headed up the road toward Rainier and found a little pretty.


We decided to take the Chinook Scenic Byway, which leads up to Mt. Ranier National Forest and then circle back down.  The first place we wanted to go was through Chinook Pass.

One of the ideas that has rattled around inside Sarah and my heads has been to hike the Pacific Crest Trail.  It sounds like just the kind of insane adventure we do.  The kids, however, think we are nuts to even think about it. It turns out, the PCT (That's what the cool kids call it) runs right through Chinook Pass.  We had to at least set foot on it.  The boys were opposed.  They may have believed we would just get crazy and take off.

We left that area and went into Ranier National Park proper.  We were running out of daylight and kid patience so we decided to see the box canyon and then go home.  The box canyon is a narrow canyon around 150 feet deep with a river slicing through.  It was pretty cool to see.

Satisfied there was beauty near enough, we went home heartened.  Then, Ruthie and the kids came down to see us and we had to go back and see all this again, but that is for another post.