I'm washing dishes and Michael is in his room quizzing me about animals.  He has found some sheet from one of his books with trivia questions about various animals.

Earlier in the day I had told him I was going to get him a book or magazine and he would have to read it and then he could either take a test I made or write something about what he had learned.  While he was asking me these questions, I had an idea.

When he was done I suggested, "Maybe when I have you read those books I was talking about, instead of taking a test, you could write one for me."

"Fun and learning together?  That's just gross."  I say.

There is a pause before he replies.

"You have a strange sense of humor."


And a few of the pictures mentioned yesterday.

The kids found these leaves and decided they made great hats.  Satchel is unimpressed. 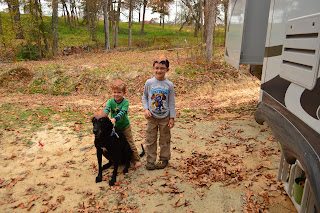 Just what every parent dreams about.  A tiger hungrily eyeing your kid. 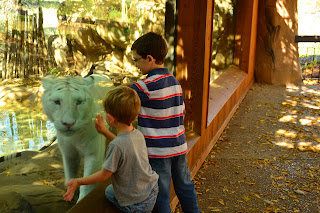 Michael is checking out the penguin chicks. 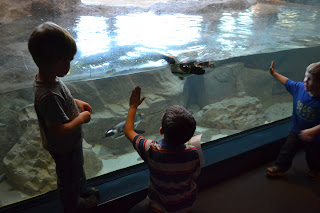 Max is checking out some other chicks. 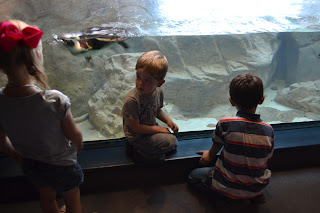 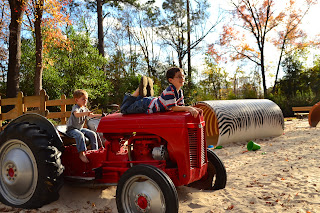 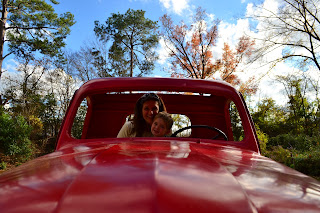 Then he discovered the game of pretending to be smashed against the windshield. 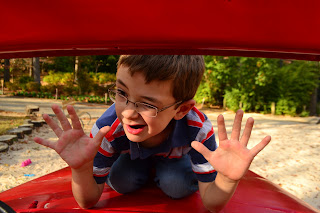 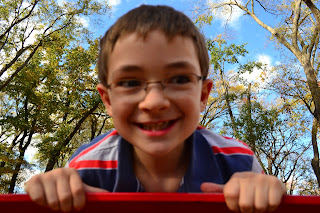 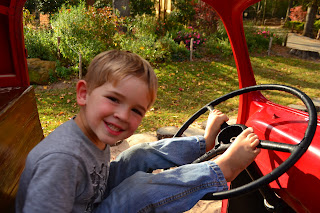 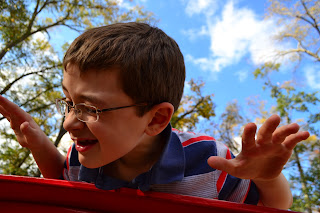 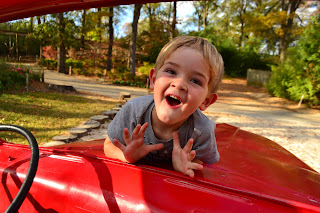 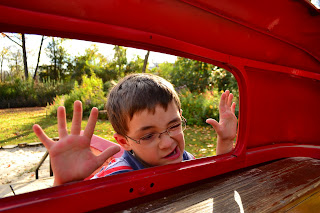 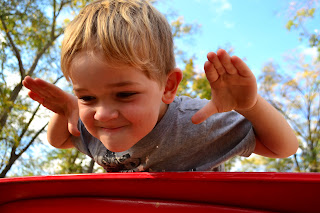 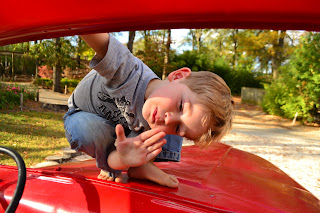 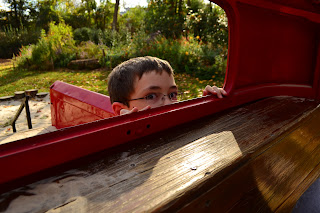 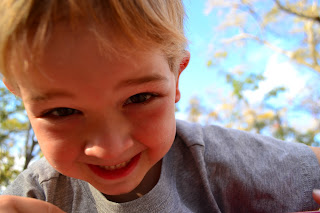 The truck looked to be a big hit.

Posted by Adventure Nickel Farm at 4:49 PM No comments:

Took the day off today.  kind of.  Tried to get started on my Oklahoma nursing license and forgot just how big a pain in the butt boards like this can be.  They all seem to have the attitude that since you need them so much, they have no obligation to be nice or pay even lip service to customer service.

No one answers their phone.

Oh well, if awesome were easy, everyone would do it.

Went for a run today for the first time in a long time.  Probably overdid it. I felt good and pressed further than I should.  5.2 miles.  The Vibrams weren't working today.  I have to hot spots.  One on each foot.  I'll heal.

The weather here sucks for December, it was 79 degrees today.

I bought a new toy for cruising.  I got an HP touchpad and bluetooth keyboard.  That way I can keep writing while aboard.  I might not be able to upload blog posts as often, but I will still write them.  Then maybe a mass upload when I return to shore.

Sarah took the kids to the local zoo.  There are pictures, but I haven't uploaded them. Maybe tomorrow.


Posted by Adventure Nickel Farm at 6:55 PM No comments: