A little too much lately.

Too much 12 hour ER shifts, too much laundry, too much dishes, too much grocery store and too much recertification.  We needed to get out of the RV and out into the world.  What is the point of traveling to beautiful places if we never get out to see them?

Pack up the kids and car, despite protests from the kids, and head west until the road ends.  And what did we find?  Bodega Bay.


I like this next picture.  It has good color, the composition isn't bad and I caught the wave crashing over the rock like I wanted.  But some dingus left a beer can on the top of the rocky/grassy outcropping and I can't unsee it.
That little tucked away beach was nice, but everyone else seemed to be gravitating to the other side of the park.  Of course, we had to go the opposite way first.  But we managed to make our way over to see what everyone was looking at.


Another note.  Call me a romantic, but I love stuff like this.  I the picture below you can see a couple up on the rocks.  When I see that, either in real life or in a picture, I want to be there.  I want to see what they see.  And then I do it, if at all possible.

Ha, wasn't me that time.  The drop off the cliff wasn't that bad, only a few hundred feet down to jagged rocks below.  So we took the kids!


As an aside here, I would totally take that trail if it weren't for the kids.
Back to the post. 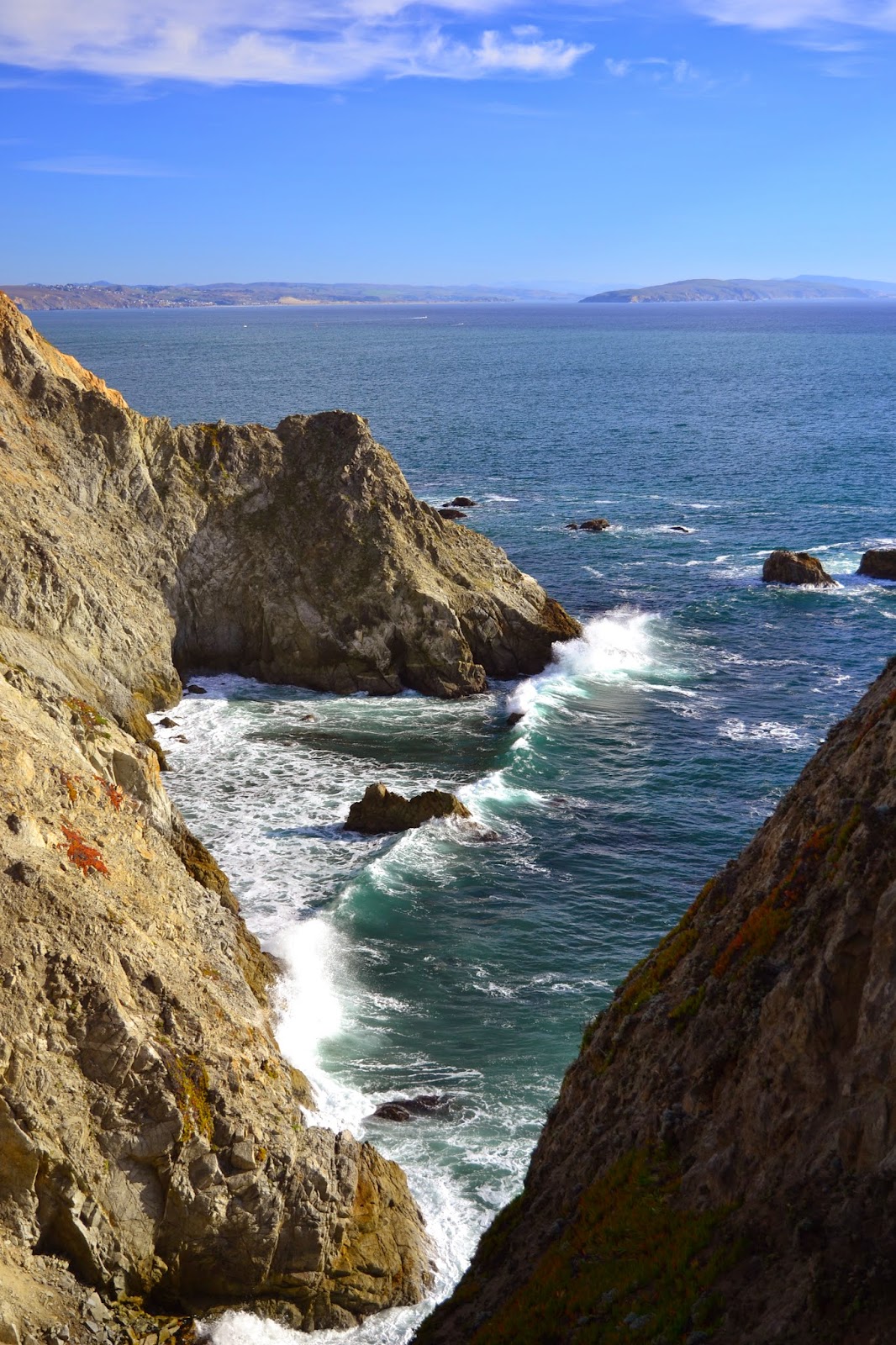 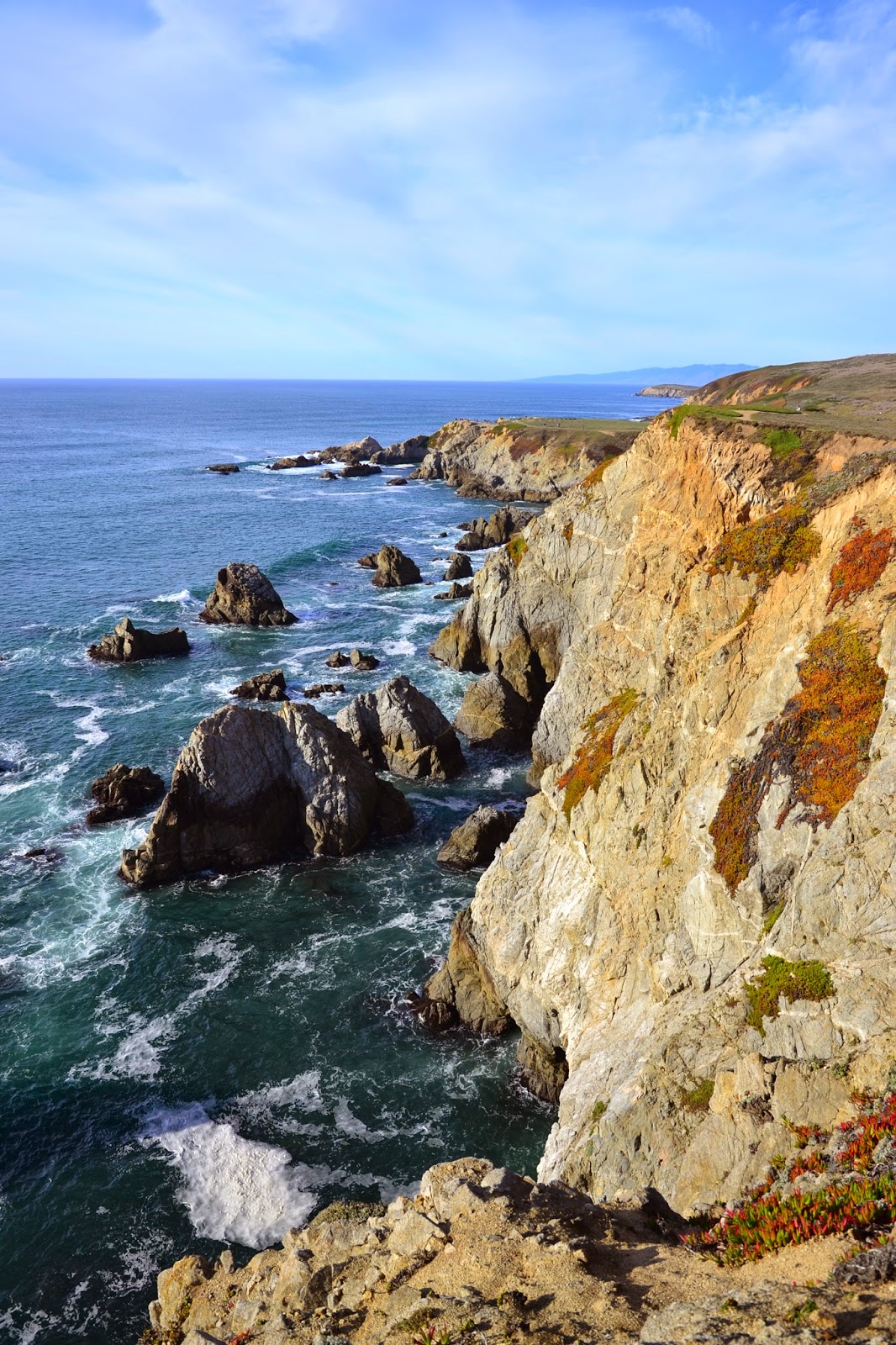 Of course, eventually we turned away from the edge and went back.  Because, as beautiful as the edge can be... 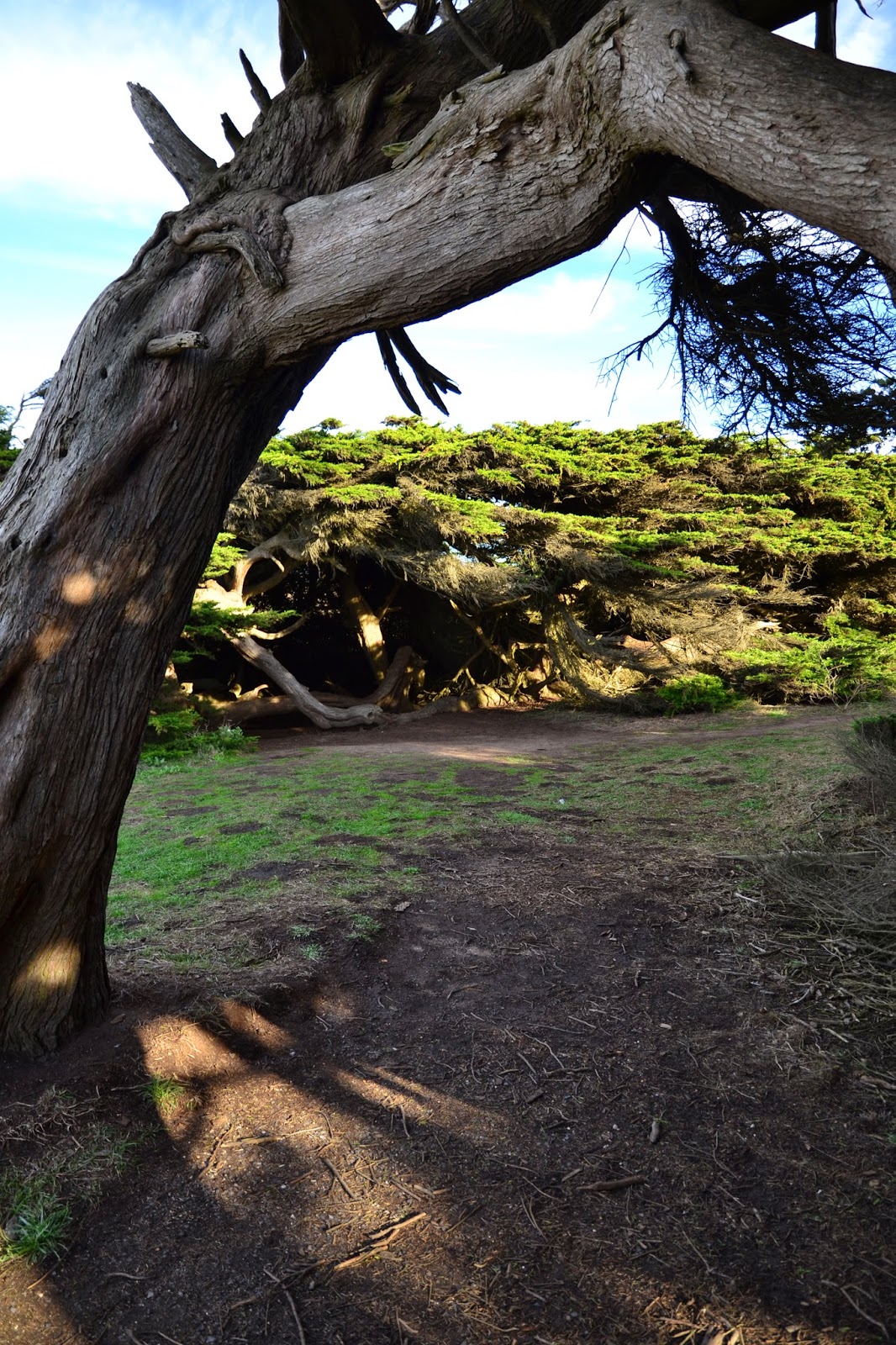 Someone had stashed the shells from a broken shell necklace around the crevices of the juniper tree.  Max recovered a good sized hand full and will be assembling a necklace with an interesting story soon.

Good to get out of the house once in a while.