Did I say Monticello?

I meant to say Jamestown.  Yeah, that's it.

We got started today with the plan to get to Monticello, but the weather check revealed showers and thunderstorms moving in from the West.  The coast, however, would be sunnier.  So we did a last minute change of plans and turned east.  I think we made the right call.

Jamestown is the first permanent English settlement in the United States. We find important and charismatic historical figures there like John Smith and Pocahontas.  There was starvation, cannibalism, tragedy and triumph.  The archaeological history is dense there too, with many artifacts and records from the early 1600's.  We came to Virginia largely for history.  It made sense to start at the beginning.

We passed through the visitor center and gathered the required materials for our junior rangers to complete for their junior ranger badges and found the smashed penny souvenir machine (our collection is the envy of all who see it).  Then we crossed the pedestrian bridge over the swamp and into the park where we were greeted by the Washington Monument. 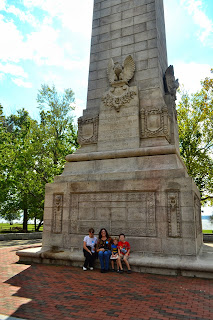 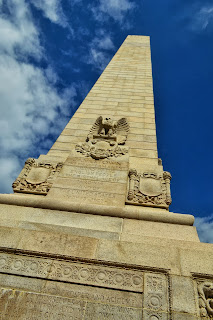 OK, so it just looks kind of like the Washington Monument.  It was actually set up at the 300 year anniversary of the landing.  We were just in time to catch a ranger program.  The very enthusiastic ranger led us around the New Jamestown part which is owned by the National Park Service and told us about the people that had lived there over the years and how they came to be known.  He detailed archaeological findings and historical record and how those two factors worked together to enrich the history of the area.  It was a neat tour.  While we walked the grounds, a herd of deer fed off in the distance. 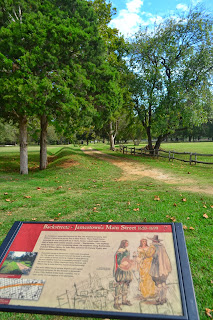 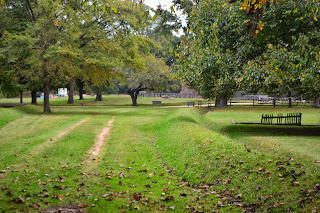 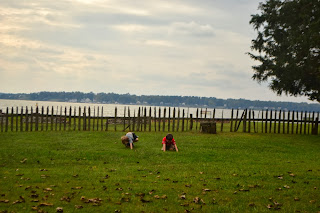 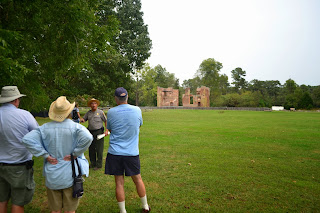 After the tour, we walked over to the old Jamestown, on the other end of the island.  That part is owned by the Preserve Virginia organization.  There were tours, but we missed them.  So wandered around and read the signs and eavesdropped the tours in progress. 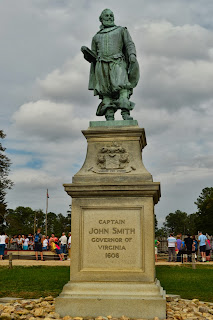 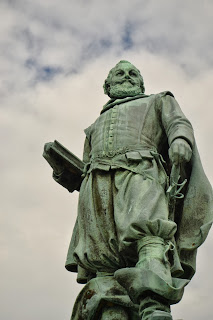 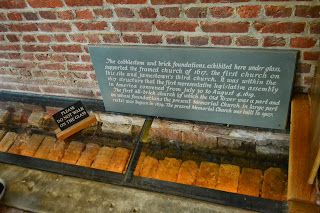 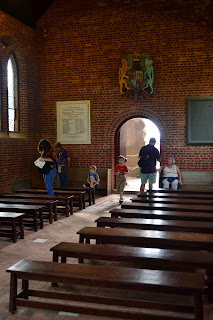 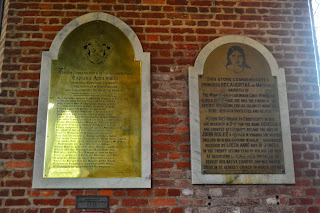 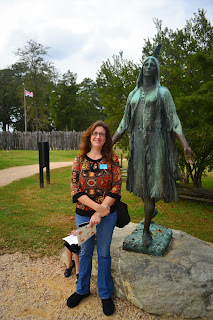 Posted by Adventure Nickel Farm at 7:00 AM No comments: