We have been traveling for four years or so now.  Over that time I have met many other nurses and people in the local communities.  Many of them have had children around the same age as ours and we always say things like, "We should get them together." And this has never happened.  Until now.

Ruthie is a nurse in the ER and she has two kids right around the same age as Max and Michael.  We said something like, "We should all go on a hike together."  And we did, today, to Murhut Falls.

And it was really cool.

She brought her daughter Amaia (6) and son Mikko (8) and father (age undisclosed).  It turns out they are very knowledgeable about the local flora and fauna too.  That is really cool.  We had bought the Audobon Guide to the Pacific Northwest and were struggling to identify all sorts of plants.  They would just casually ID them as we passed.  That's Thimbleberry, that's Salmonberry, that's a Western Hemlock and so on.  It was fantastic.


The trail head was about an hour and a half from the house.  The last few miles were up pot hole strewn gravel mountain roads.  Luckily we were going slow or we might have hit this little guy.


It managed to get in between us and the only other car we passed going that way all morning.  Poor little guy was scared and running back and forth between us.  It wasn't until I thought to turn off our engine that he was brave enough to pass us.  We saw three deer on the way up.

Then we were at the trail and Norm, Ruthie's dad, started right in helping identify the local plants.

Then it was on to the trail.

It was a pretty short hike, so it wasn't long before we reached the platform at the end of the trail.


The viewing platform was perched on the slope opposite the waterfall.  We paused for only a moment before Ruthie and the kids started climbing down to the water.  I blame Ruthie*.  She was as bad as the kids.  Of course, I favored prudence and just wanted to sit up sedately on the bench and enjoy everything from a distance. 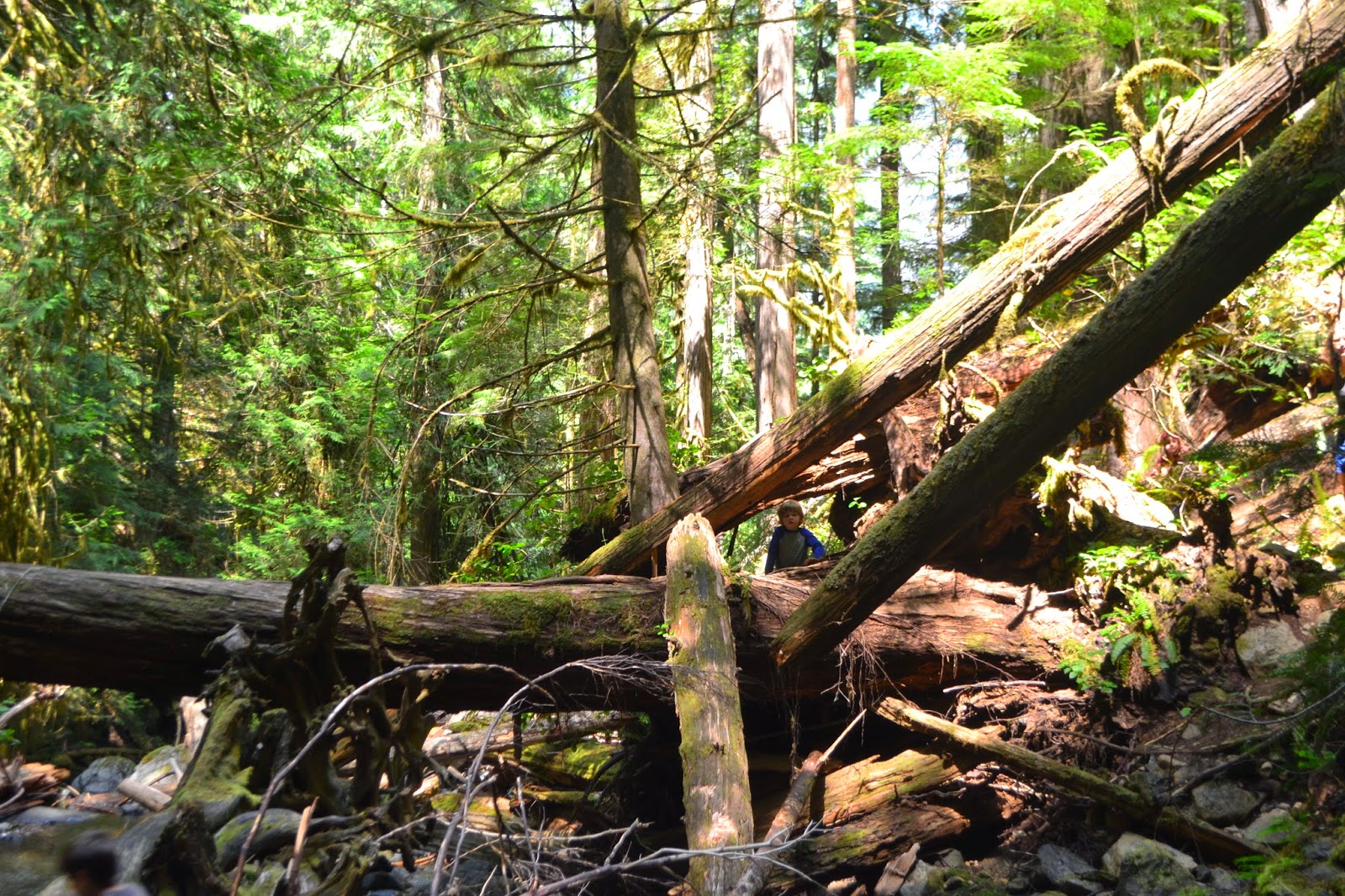 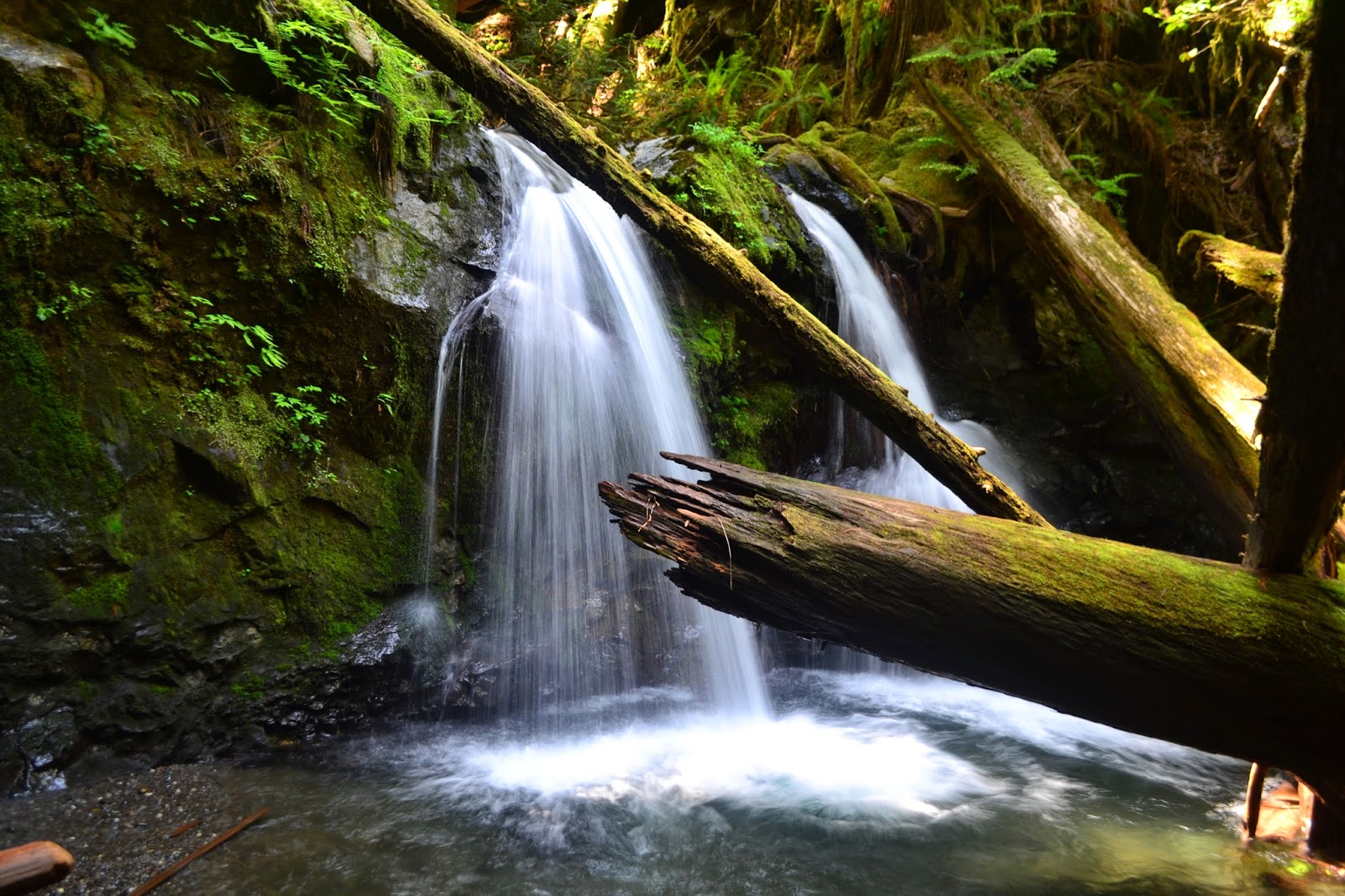 It was a beautiful and educational hike.  What more can you ask for?  We had a wonderful time and hope we get many more hikes with Ruthie, Mikko and Amaia.

* Thanks Ruthie.  I normally get the blame for taking the kids near sheer drops, slippery rocks and other fun places.  I'll take the next one.
Posted by Adventure Nickel Farm at 9:53 PM No comments:

It's been six day since I posted something.

Well, that just won't do at all.  Seriously you guys.  Feel free to nudge me once in a while if I look like I am asleep at the wheel.  I'm sure I can roust something to post about.


That's from Max.  We (that means Sarah, she notices these things) will find these Lego guys in plants, climbing countertops, poised to strike from the fruit bowl, wherever.  That is the kind of thing that happens if you keep them cooped up inside for too long.  So we try to get them out.

They play with the local friends mostly.  But, we do try to find some type of organized activities for the boys.  They did Parkour in Santa Fe.  We got Max excited for soccer here in Bremerton.  Actually, the class is back in Poulsbo, home of the world famous viking doughnut.


This is Max's first time in an organized sport.  The group is for 4-5 year old kids who have never been in a sport before.  Perfect, right?  Well, organized is a loose term for what happens when you put this many 4-5 year old kids together.  And Max is big.  There are only two other kids in the class his size.  It is amazing what a difference a year makes at that age. They are trying to teach gross motor skills that are useful in soccer and teach kids not to use their hands.  I don't envy them. 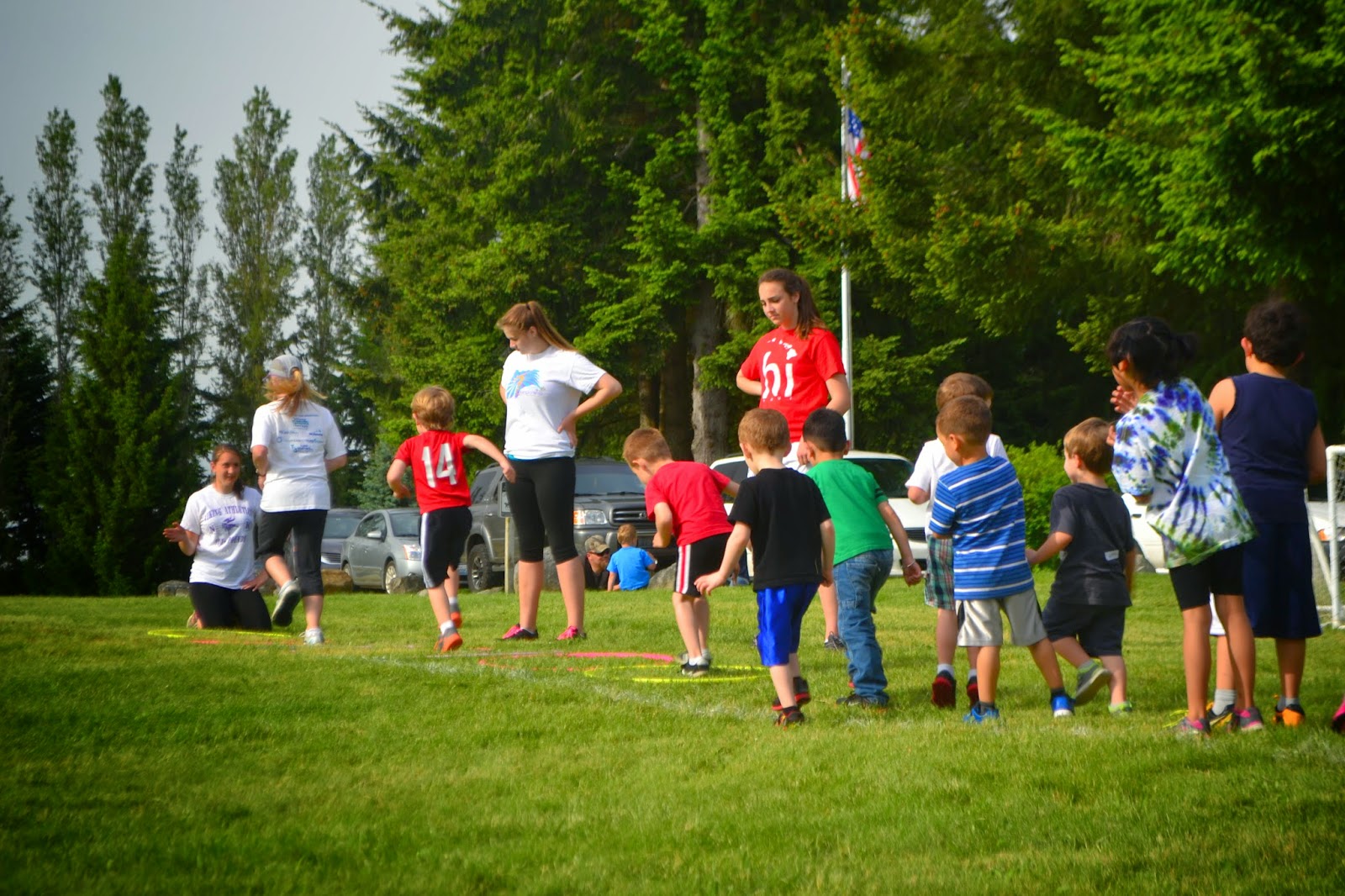 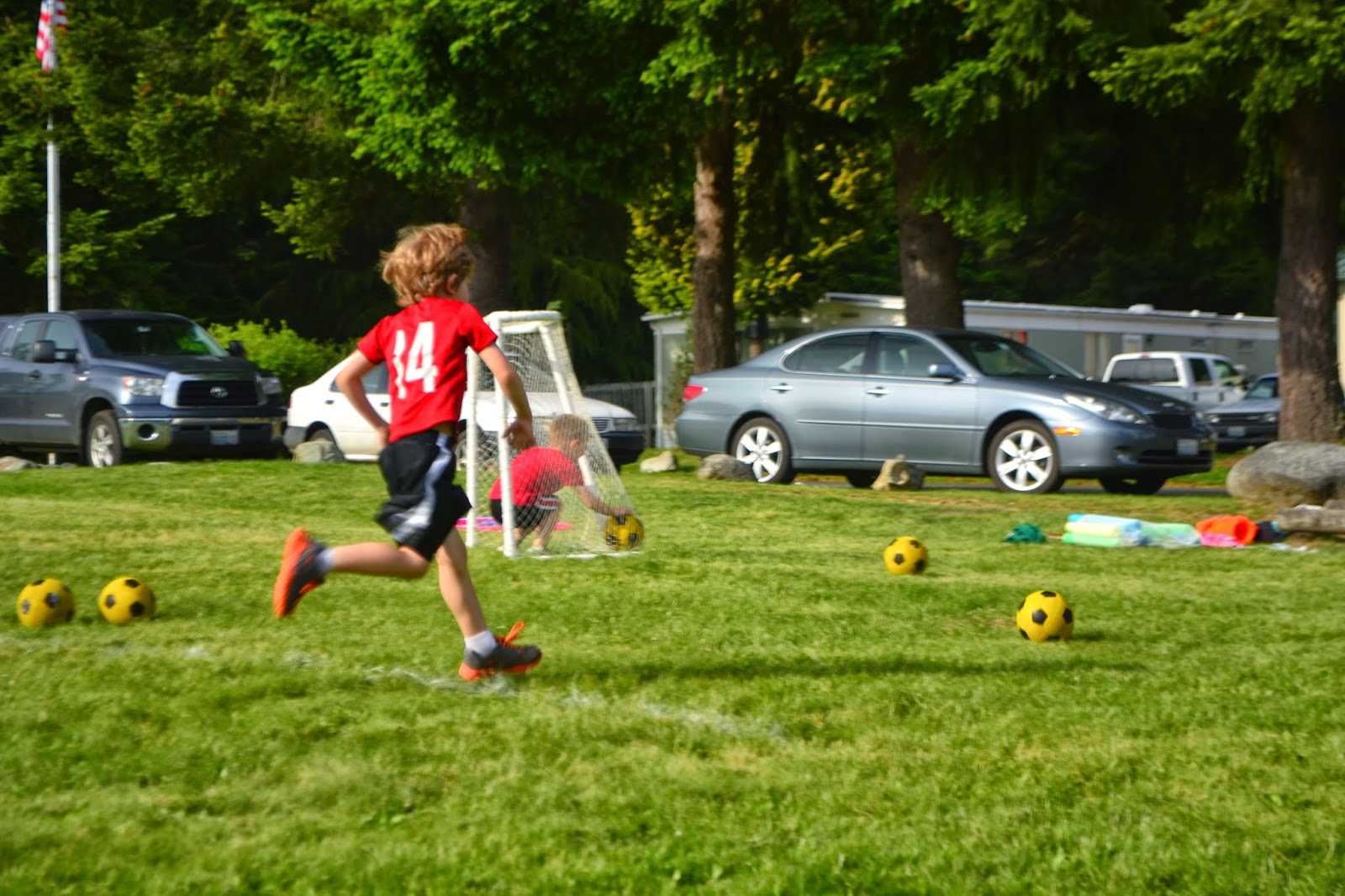