Sarah and I flipped the mattress around and we haven't been sleeping as well.  That's not weird though.

Last night we both woke up around 0230 in the morning and the house was filled with the smell of cooking bacon.  We were at an RV park in Mobile AL, if that makes a difference.  Just a quick overnight.  It was below freezing outside and the furnace was working.  For some reason I got the image in my head of a homeless guy cooking bacon over the furnace outlet just outside the front door.  We never did get up and try to find the source.  Made it hard to get back to sleep.  But that isn't what this post is really about.

It was a good thing that today was a short drive, what with the heavily interrupted sleep.  We didn't have to wake up as early as usual, we did though.  Which was actually an hour earlier due to crossing back into the Central time zone.  We woke up an hour earlier than usual, or really our normal time, and got things ready to go.  After I went and took an emergency urine drug screen for work, we got out and went sight-seeing.

We went to see the USS Alabama.  The kids loved it.


They had a smashed penny machine.  We had to.

Then we went aboard and I tried to answer what questions I could about what life was like aboard a Navy ship.  I have some experience so I answered what I could and made up entertaining stuff about what I didn't.


Just kidding, I told them I didn't know about lots of things on the ship.  My ship was made decades after this one.  It was interesting to contrast the two.  We had fun looking around and the place fired up the boy's imaginations. 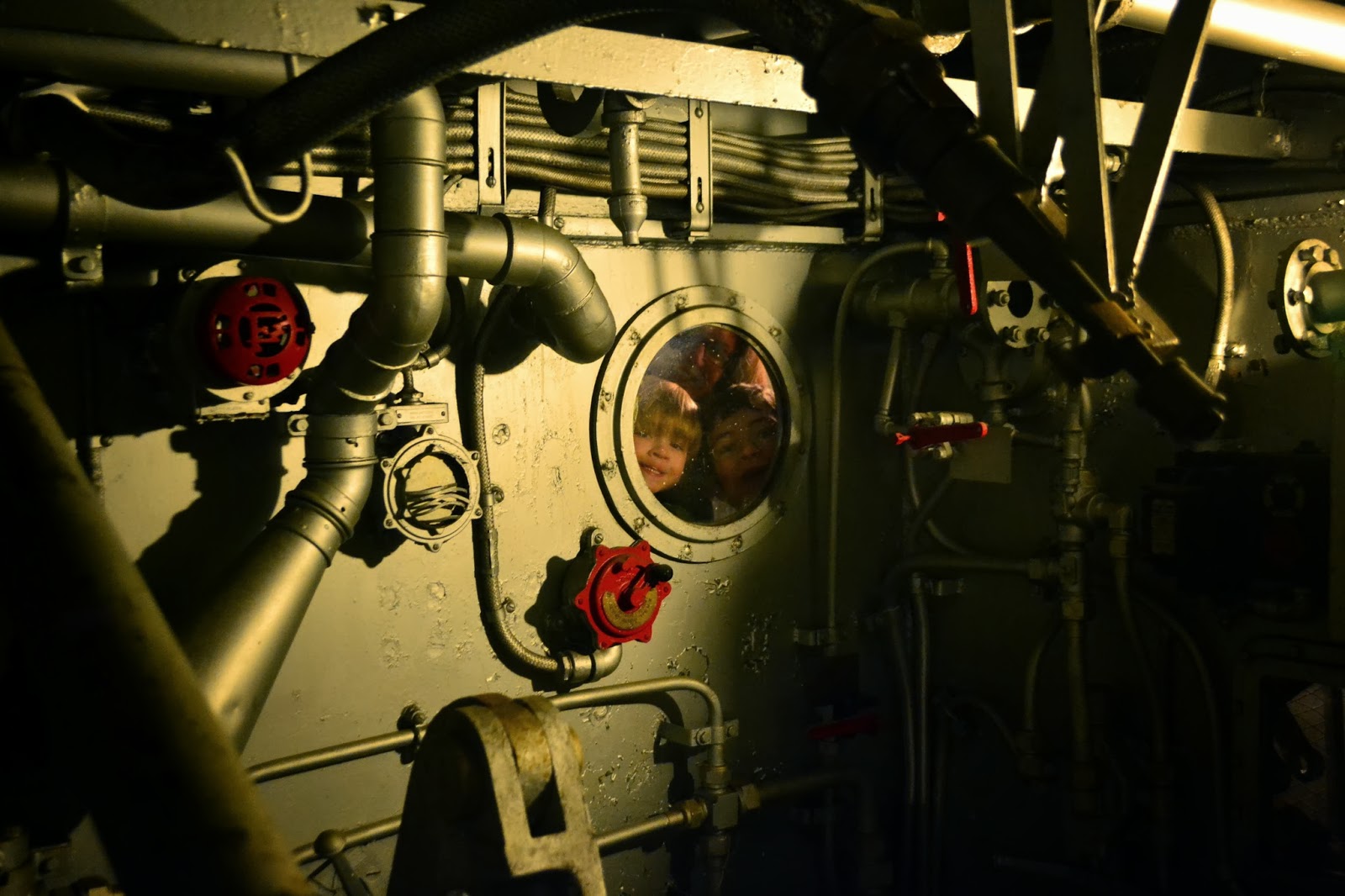 Then, in the building you can see behind the boys up there, they had a hangar filled with aircraft displays.

They had some cool stuff in there.  The kids loved it.


Oh yeah, and then, behind this building, there was yet something else to see.  They had a WWII submarine! Sow we climbed aboard the USS Drum and I got to make up stories about what it was like on a submarine.  OK, so I just read signs and then we listened to a crew member talking to a small tour group.  Pretty cool stuff though.


They had a great time and we all learned a lot, but that isn't really what this post is about. 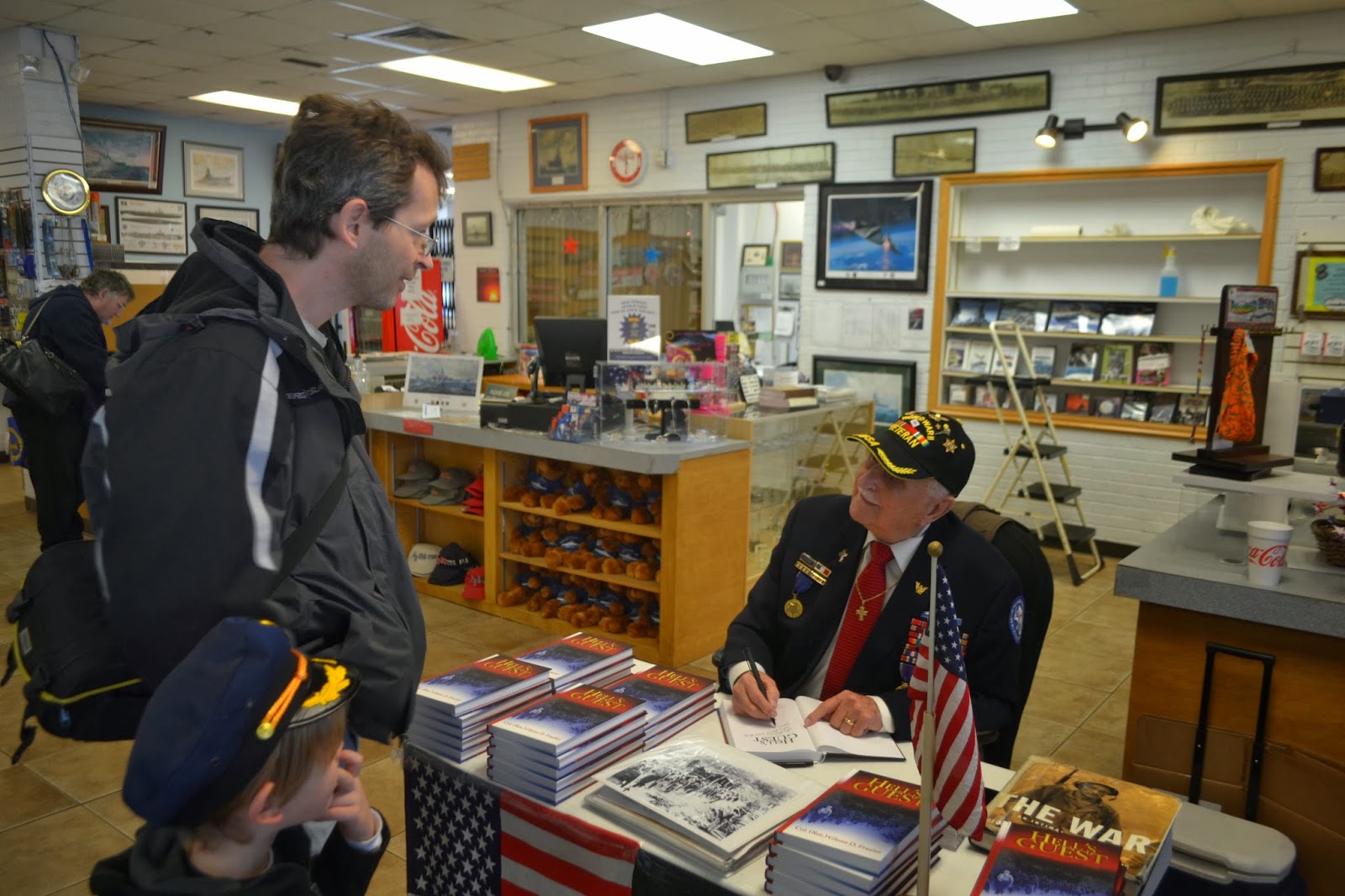 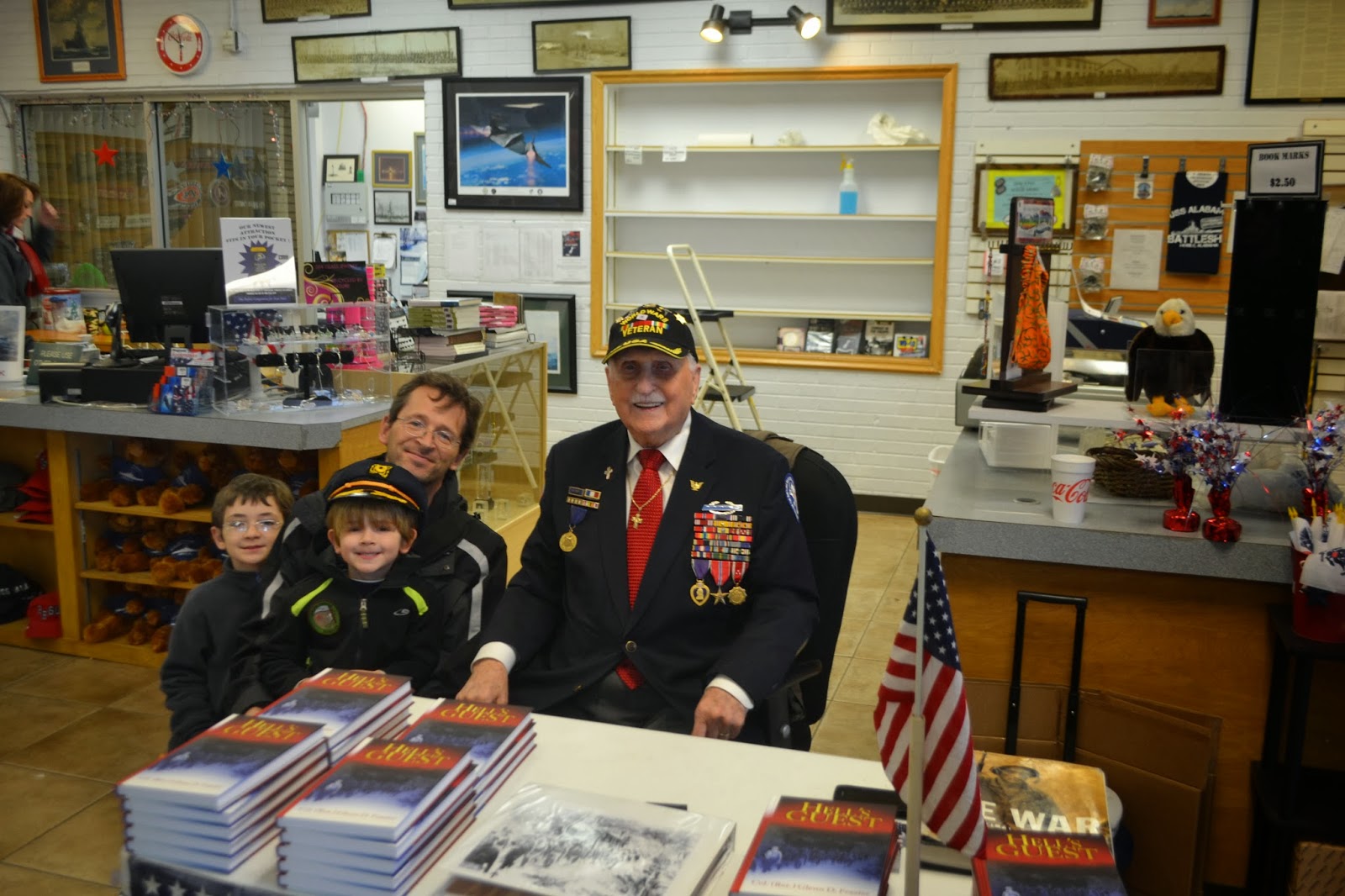 In the gift shop, on the way out, this man was sitting there and autographing his book.  He is Col. Glenn D. Frazier (Ret).  His book is titled, Hell's GUEST.  He fought in WWII and was captured by the Japanese.  He was in the Bataan Death March.

You're damn right I bought the book.  I can't wait to read it.

If you want it, you can get it on Amazon or through his website:  http://colonelfrazier.com/

He was also featured in Ken Burns documentary about WWII.

Of all the things we saw today, he was the most impressive.  It was an honor to shake his hand.

Posted by Adventure Nickel Farm at 5:21 PM No comments: