This is how we do things.

Last night, after the kids went to bed, but before, obviously, we went to bed, Sarah says she wants to do something today.  It was past time for a hike.


So, she selected one from her previously researched file and we went to Green Mountain today.

OK, so she may have mentioned wanting to do this hike before, but we hadn't done it yet for one reason or another.  Anyway, today was the day.

Green Mountain is the second highest mountain on the Kitsap Peninsula, according to the website we found.

They list the hike as 5 miles with 1000 feet of elevation gain.  Not too shabby for the kids.  I printed out the above linked page and we took it with us.  Good thing too.  While the trails are marked, there are several of them winding through the area and it is easy to get crossed up.  We decided to follow the guide and take the Gold Creek trail up and the Plummer Trail/Beaver pond back down.

We started out in the parking lot and hiked through a relatively flat tunnel of berries in various stages of ripe.  We stuck to the salmon berries and the occasional huckle berry.  Tart, but tasty.  The thimbleberries aren't quite there yet.  We will return.  This whole area is just coated in edible berries.  And the flowers...they are awesome.

There was plenty of wildlife on hand as well.  Our first character of the day was a red headed woodpecker straight out of the cartoons.


Then we crossed over this nice little bridge and started our ascent in earnest.


During the climb we ran across these little guys.  Pretty cute. 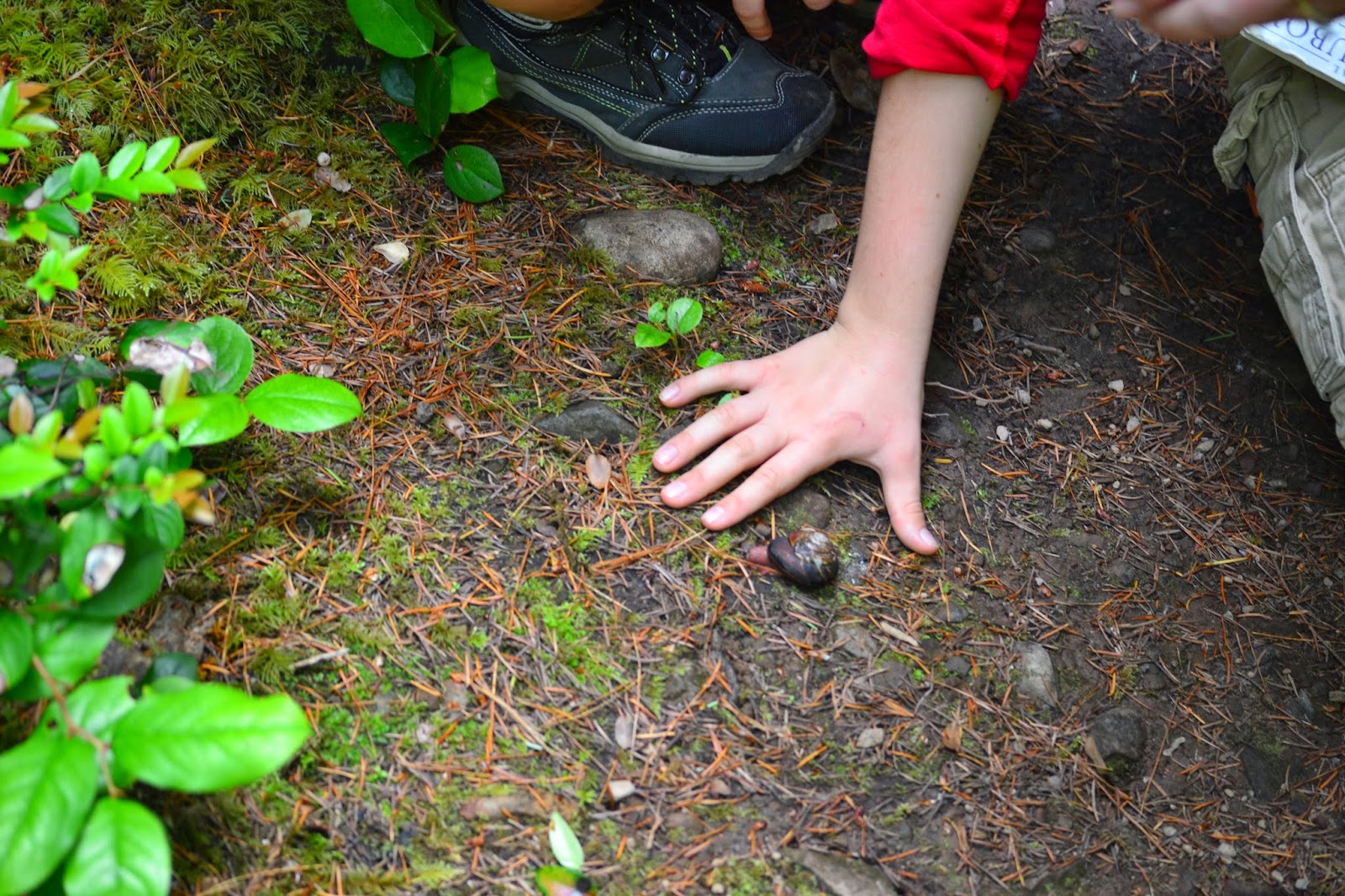 The flowers and plants were still there too.

It was mostly forested area, but every once in a while we got a glimpse of some of the scenery through the trees.

After a few hours we reached the top.

For the record, I am skipping over much of the frustration of hiking with a couple of kids and a dog.  Satchel is great off leash.  He listens and goes where you want him to.  As soon as the leash is on though, he thinks it is the Iditarod and starts pulling.  I've taught him all sorts of things, but I can't break him of this.

And the kids...as soon as the berries fell behind, they started getting grumpy.  There were 10 or 15 thousand things they would rather be doing.

But, we made it to the top.  And it only took a couple of hours. 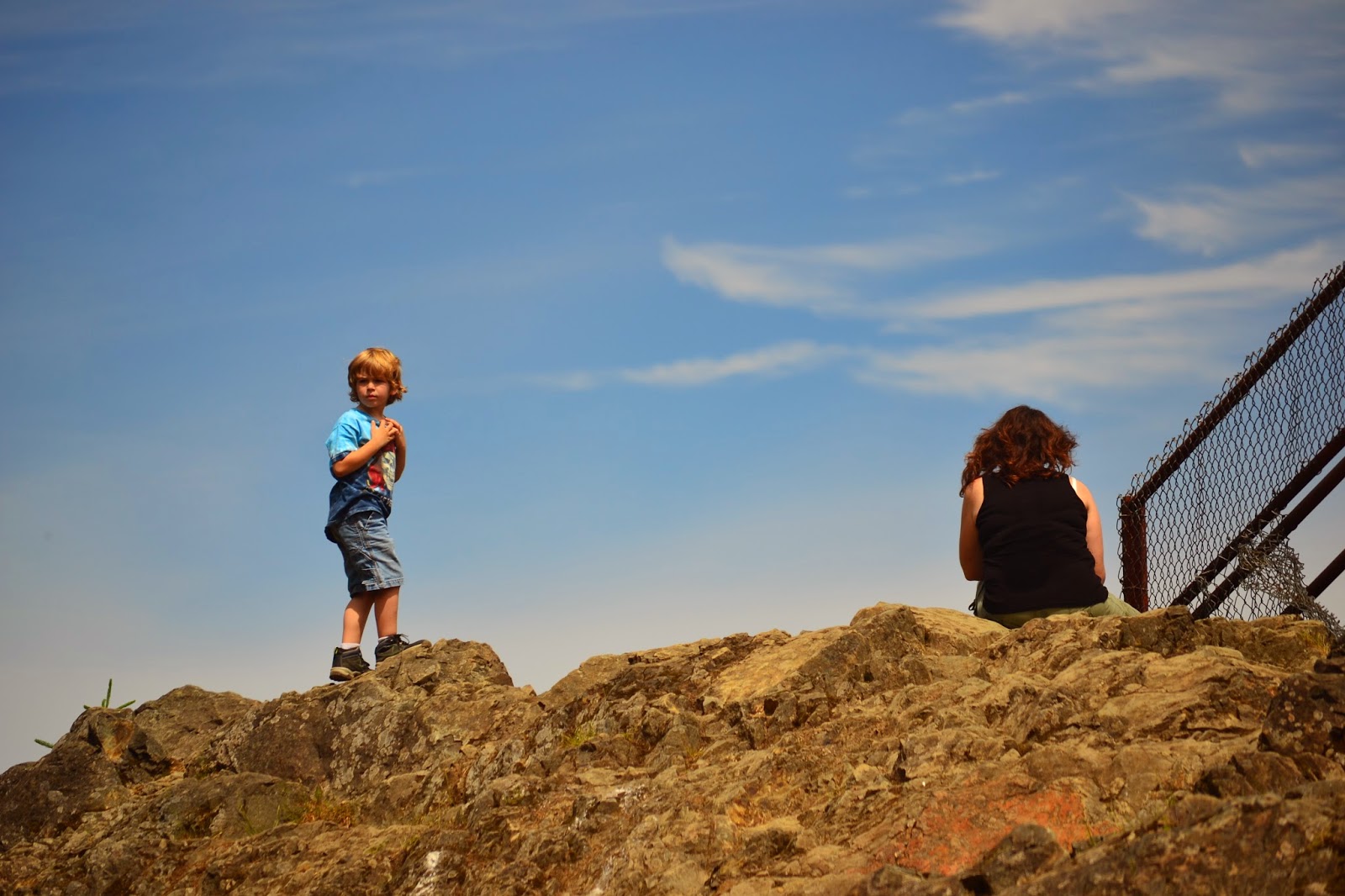 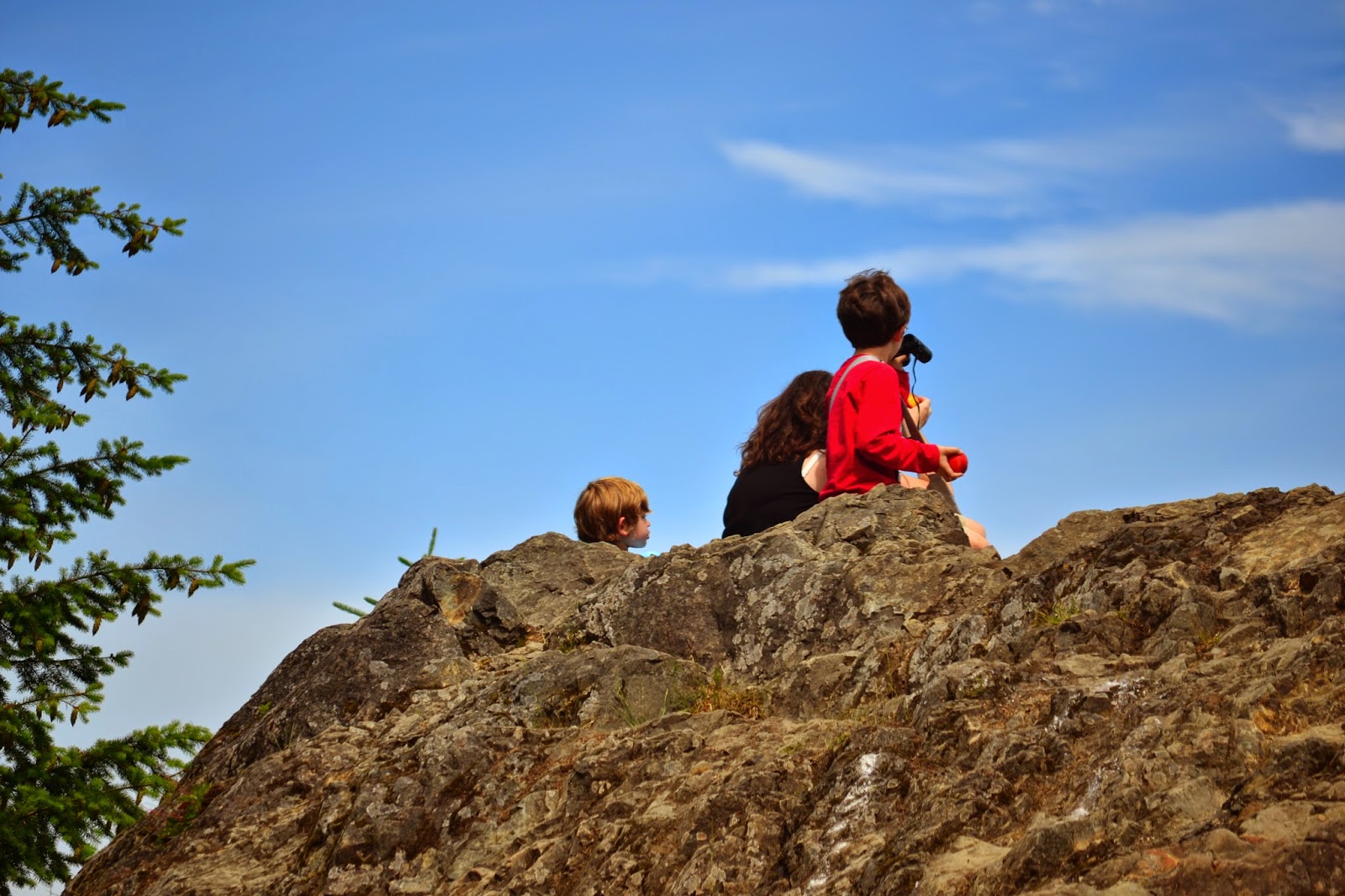 
OK, so that last part might have been a slight over dramatization of what really happened.  Maybe.

The way down, we took another trail which promised better views of the Olympic Mountains. 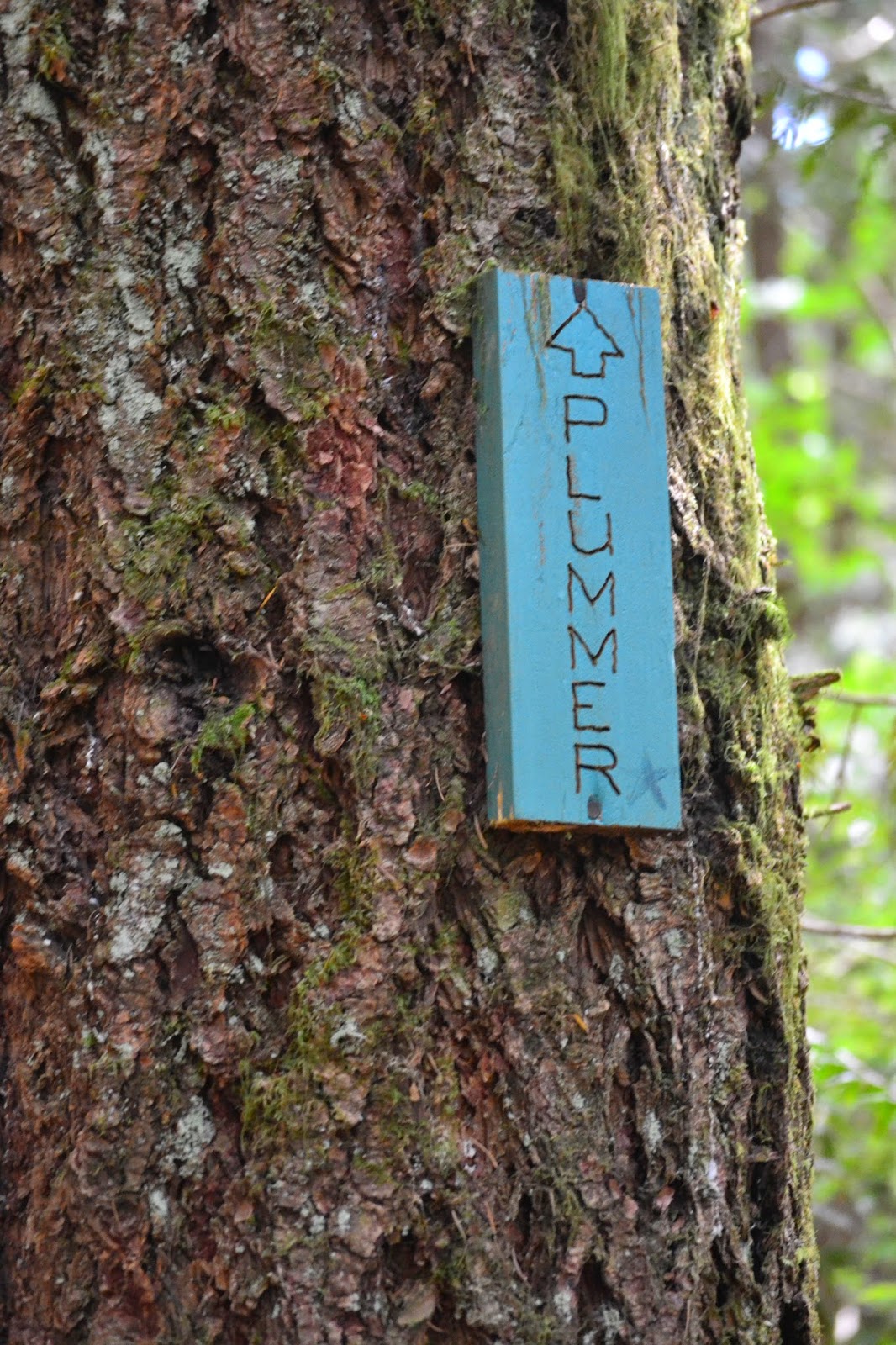 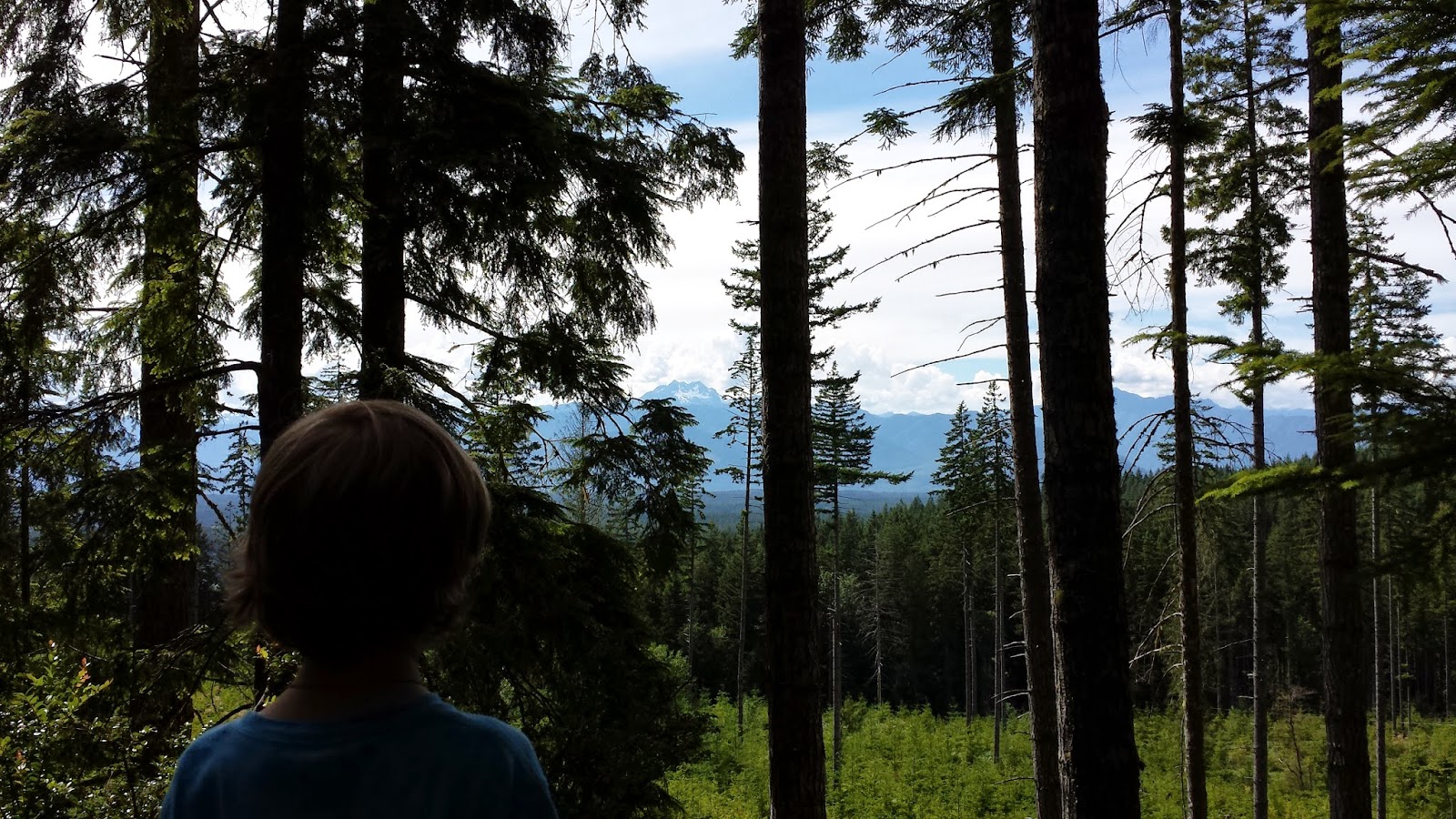 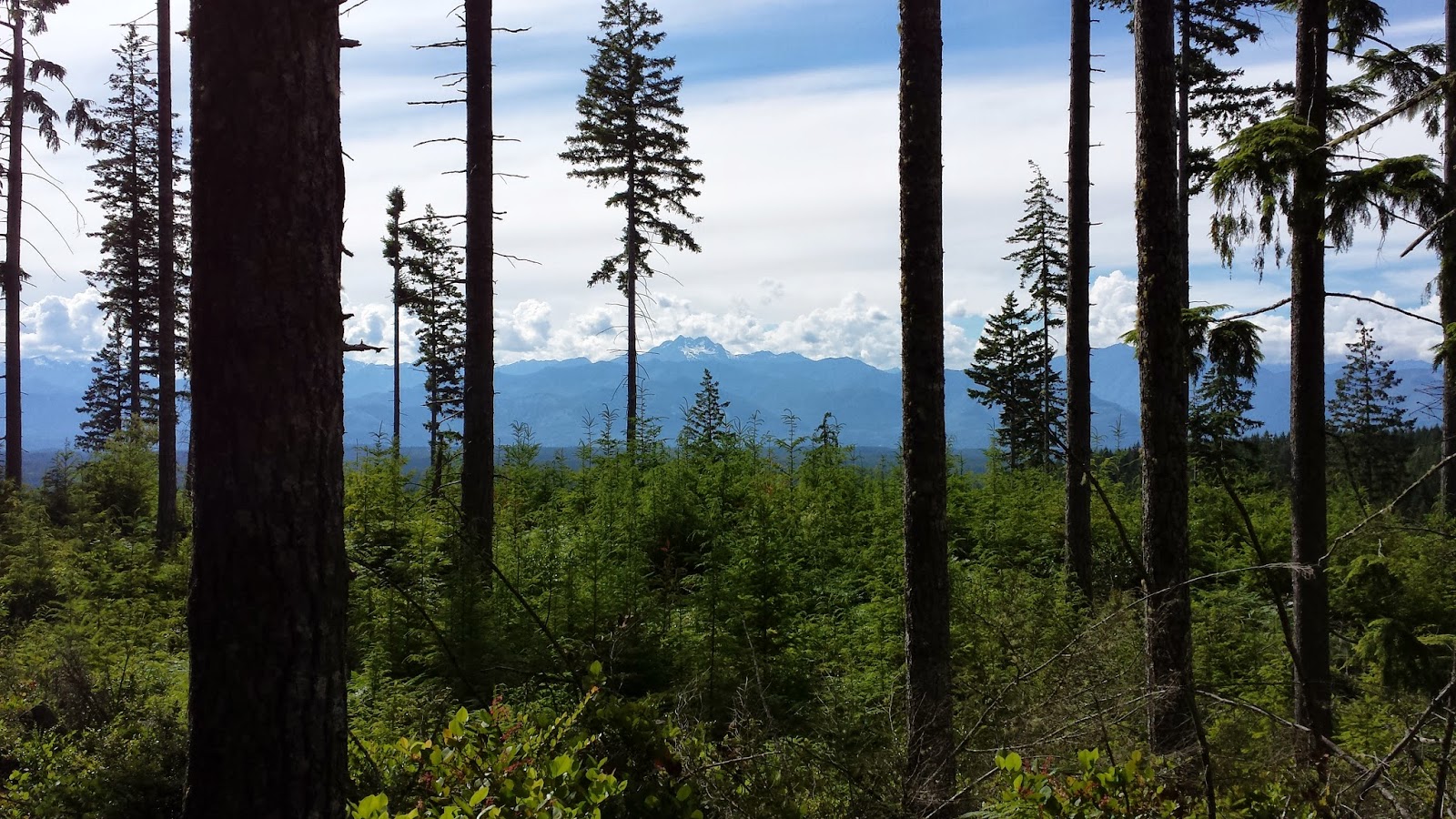 The uncertain trail marking left us wondering more than once if we were on the right trail, but we managed to find our way back down in good time.  The kids and dog were pretty beat, but none the worse for wear.  Sarah's ankle improved enough that she was back in form before too long.  It was a good enjoyable hike.

I'm home today.  Nothing planned, no big adventures.  I'm rewriting a previous work.  But I'm distracted by the sounds of chainsaws.  This place has decided to cut down some trees so they can put in more RV spaces so they can make more money.  This bothers me.

The trees are one of my favorite parts of the place.  It is one of the reasons we stay here.  But it goes beyond that.  I think it is a demonstration of our misunderstanding of true value in the world.

Ask most people if they would trade a tree for money and I think far too many would gladly sell the tree.  After all, it's just a tree.

Think about this for a moment.  The money you get from that tree likely will be spent on something consumable and gone all too soon, but it is deeper than that even.   What is the inherent value of that money?  The value is entirely imaginary.  We all agree it has value, so it does.  What if China decides on a course of economic warfare and destabilizes our currency?  What about a recession?  War?  The value of that money can vary wildly dependent upon people's perception of value at the time.  It can give you food in good times and maybe start a fire in the bad times.

Now, the tree on the other hand, always has value.  It sits there producing oxygen no matter who is in the White House.  The shade it provides in the summer changes shape with a regularity that no stock market ticker can ever hope to match.  It will shed usable fuel for it's entire life.  Some even provide food in the forms of fruits, nuts, and bark.  And, if you are reasonably careful, it can and will happily maintain it's value for longer than you and your children will be alive.

I'm not saying you can't cut down your tree.  I'm just asking you to never do so lightly.  It isn't just a tree.  It is a source of comfort, beauty and yes, value, likely far greater than any monetary compensation you will ever get from it. 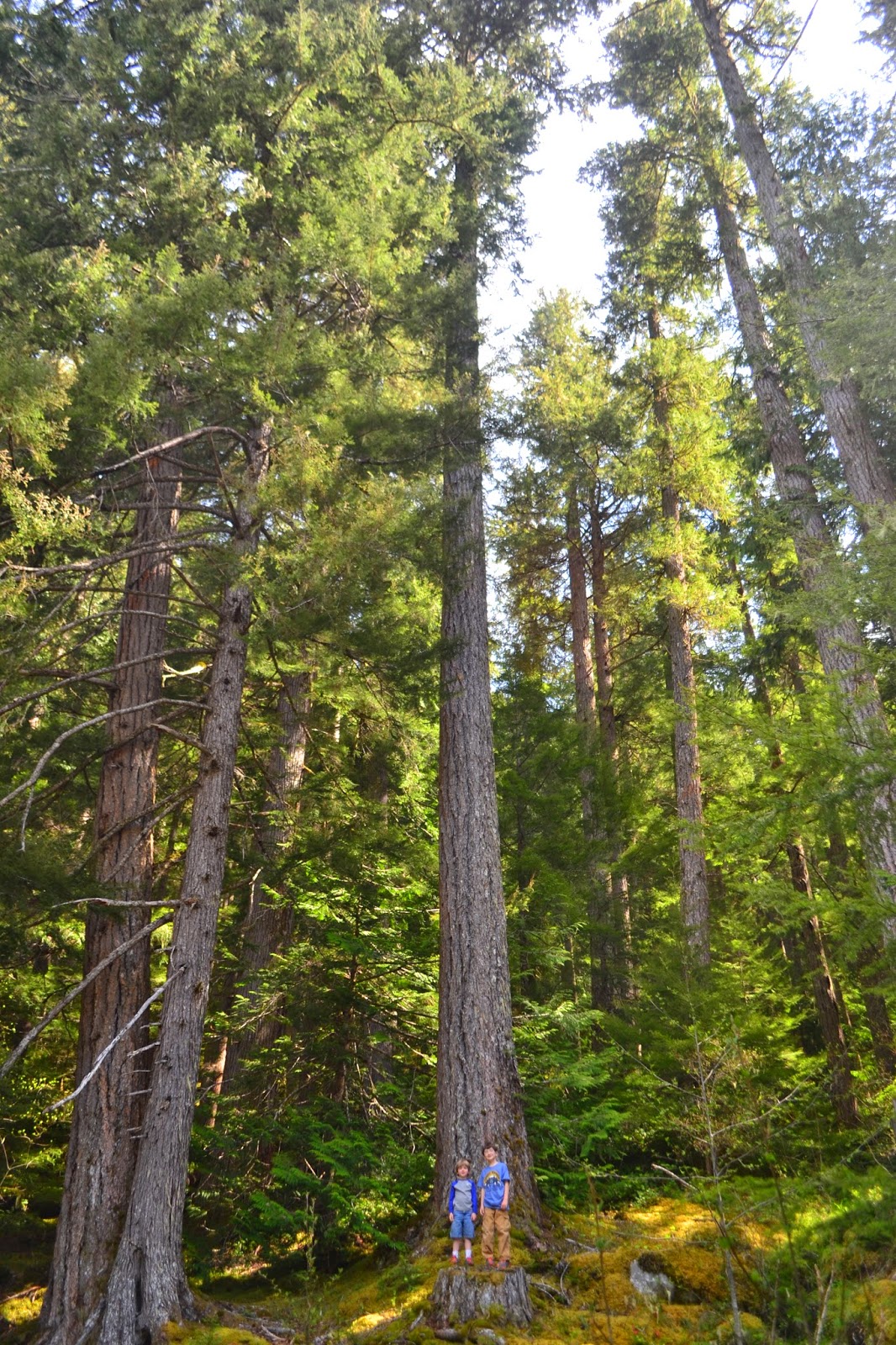 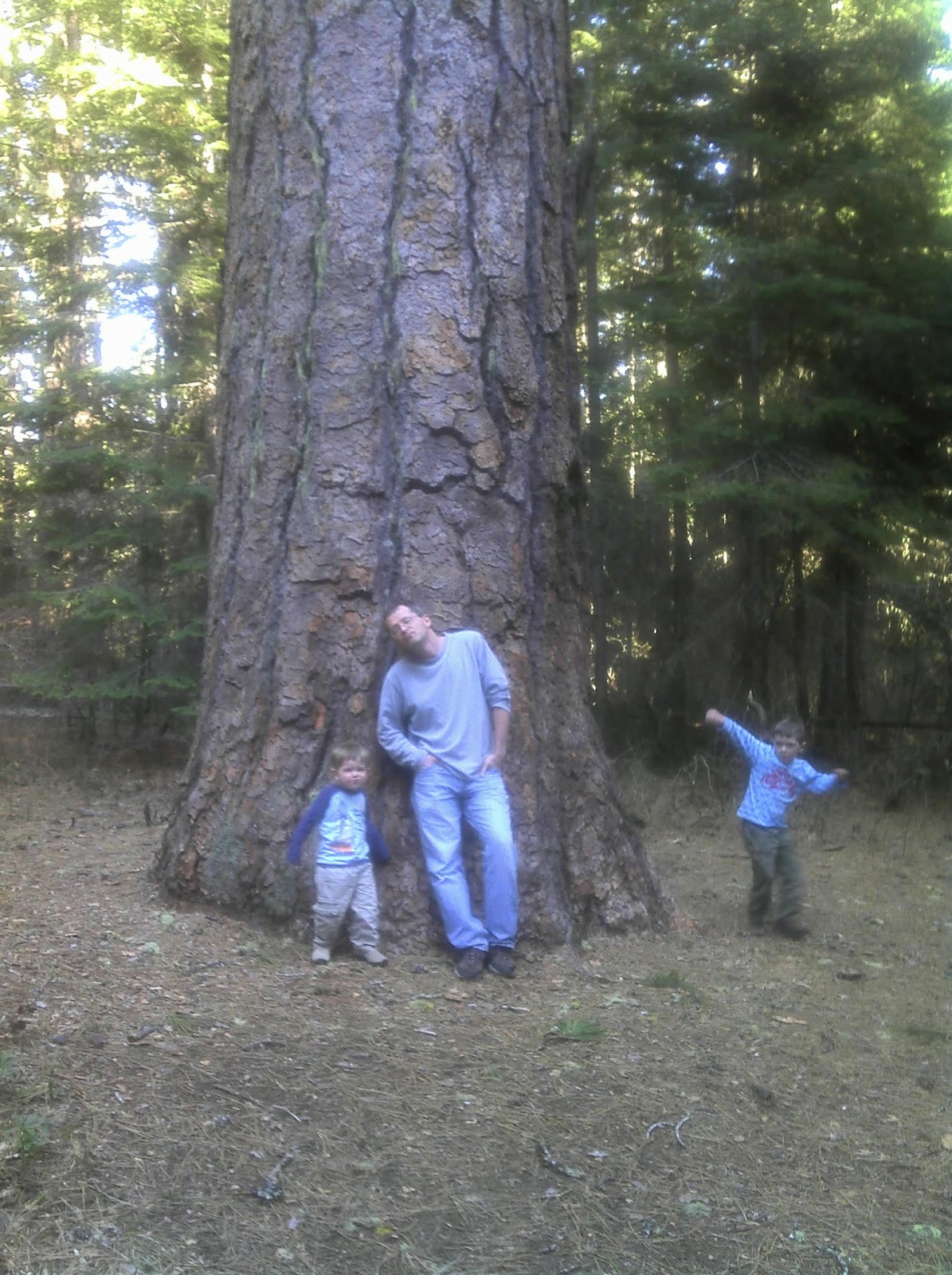 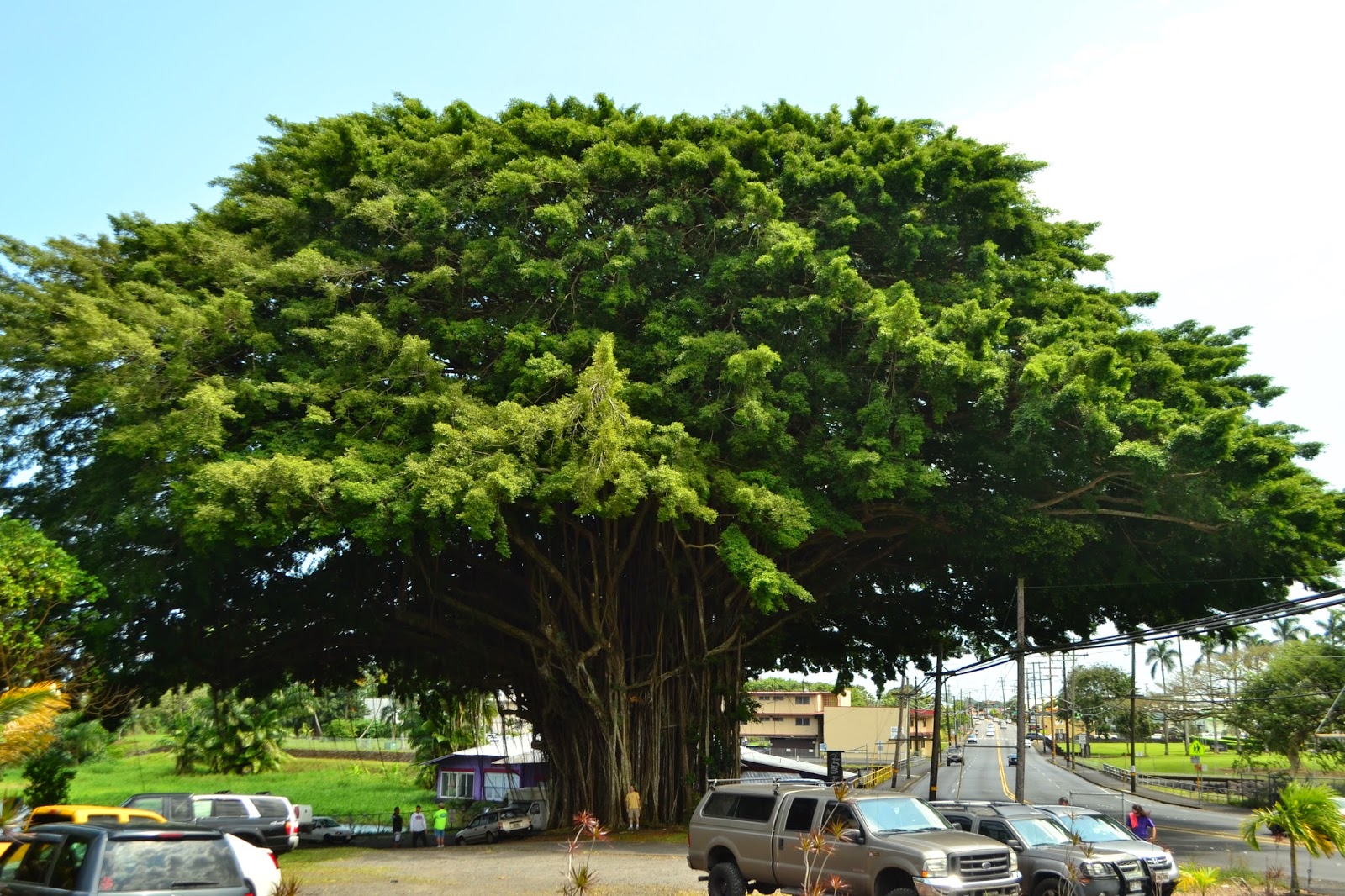 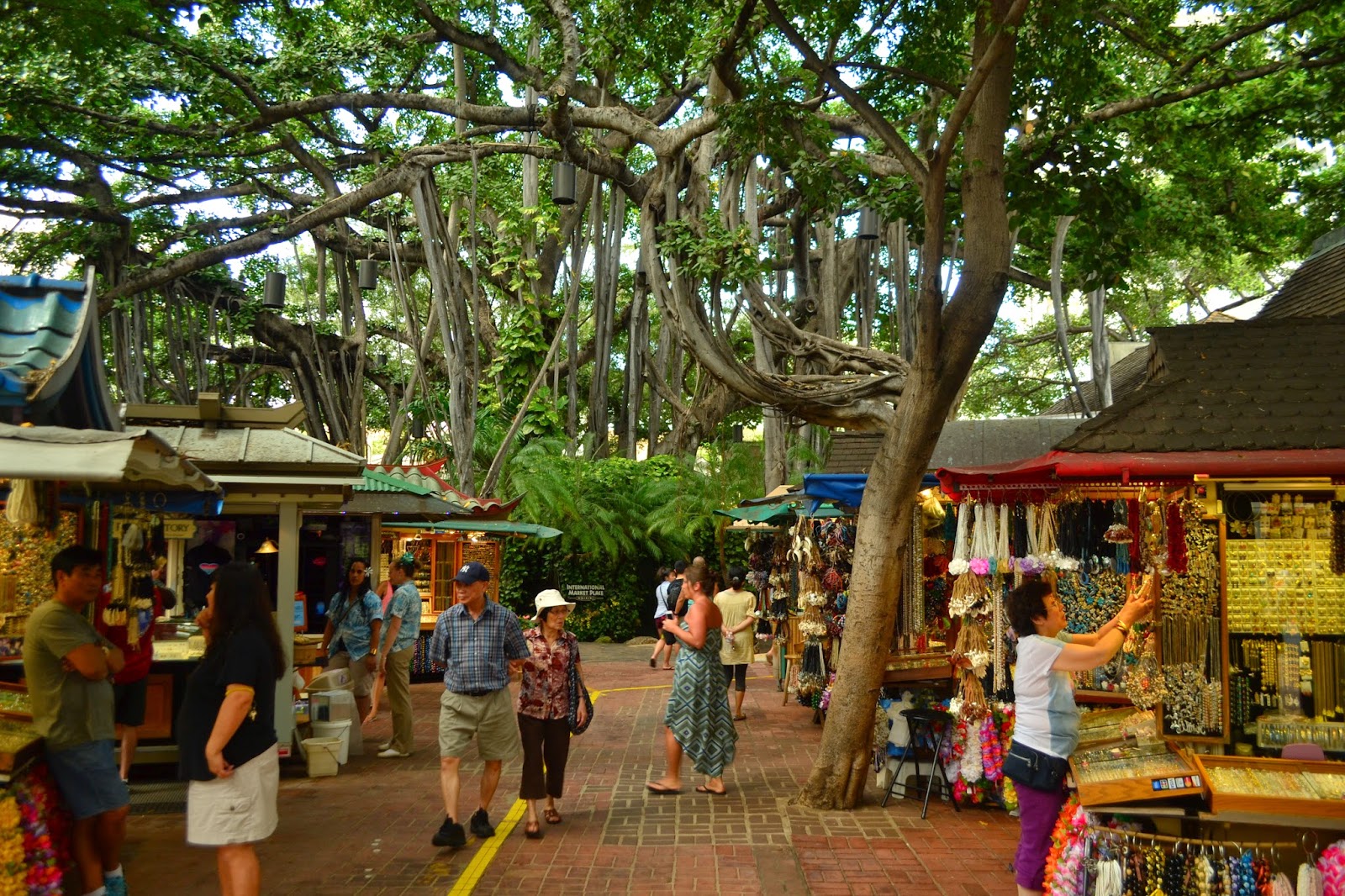 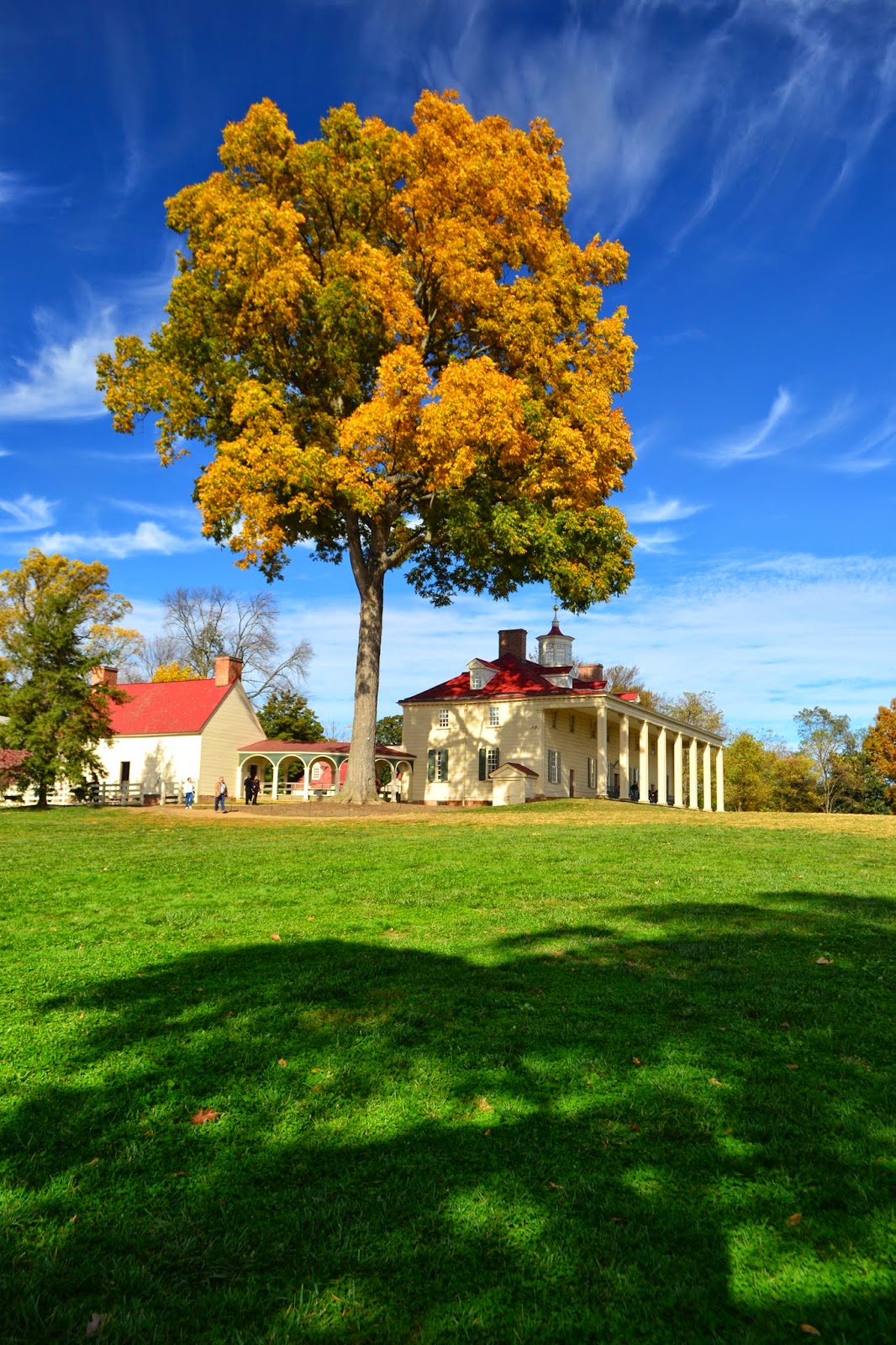 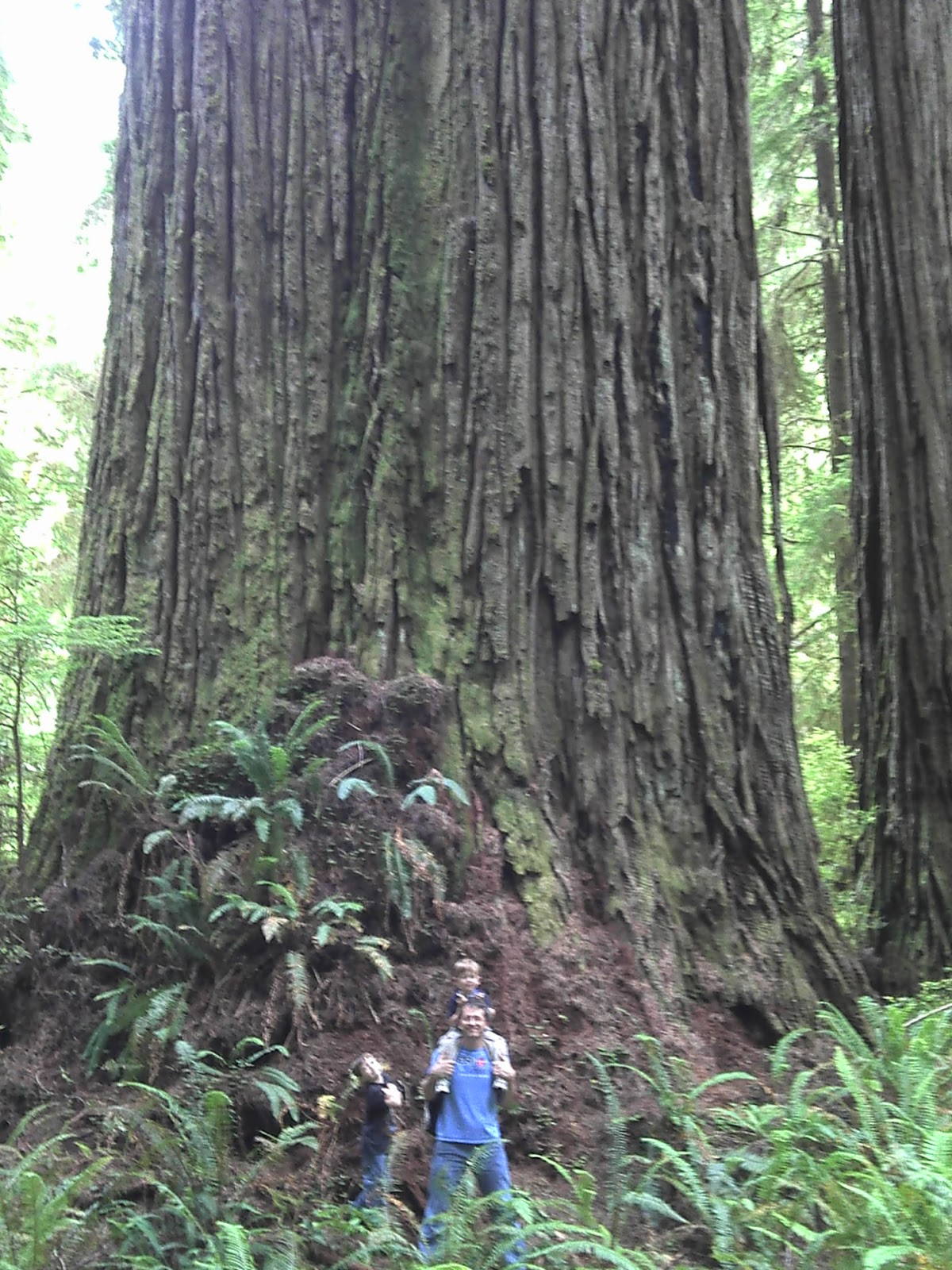 Posted by Adventure Nickel Farm at 10:29 AM 5 comments: