I want to do something a little different today.  I want to talk about change.  Those who know me may be surprised that I argue for a step wise approach.  People might tell you that I am the type that jumps off a building saying I'll figure out the landing on the way down.  It may appear that way, but it isn't.  During this post I will be referencing an article from the website You Are Not So Smart.  I love the site as it helps me think better.  I will provide a link here and at the end if you want to read it.

The article in question talks about human will as a finite resource.  You can use it all up and not be able to muster enough will power to resist eating that chocolate cake, having that drink, smoking that cigarette or getting to that workout.  It also talks about the concept that your will power is like a muscle in that it can be improved.  This is fabulous.  This research is suggestive that simply making decisions can lead to manifest physical changes for you.  Now, some people find this obvious.

OK...interruption.  You have to deal with these sometimes when you are on this particular crazy train.

I sat down with a great idea to write this blog post.  I got interrupted and we went about our day.  We got back from errands and I went to go run.  I started off with this great plan.  I was going to run for a mile or so then drop and do push ups.  Then after another mile or so I was going to do sit ups or lunges or something.  It was a pretty vague plan at best.  Then I actually went out.  I was constantly mentally battling myself.  Should I stop now and do them?  Should I do push ups?  Should I do pull up on that farm truck?  What if I break it?  Maybe that street sign?  Probably cut my hands.  There was a constant conflict in my head.

Now I can normally run 3-4 miles without too much difficulty.  This time I stopped at 2.74 miles and was just exhausted.  Physically I was having a problem continuing.

Now, for a moment, back to our regularly scheduled blog.  I had exhausted my will.  Trying to decide what to do and when to do it.  Ego depletion.  I am willing to bet you that, had a course been set with a push up station and a jumping jack station or whatever, I would have fared much better.  The act of deciding is an energy depleting stage of the change process.  Managing that is important to the change process.

So start small, with decisions.  I will use quitting smoking as another example.  Most people try to quit several times before they are successful.  I think this is because you have to make the decision a firm decision.  What kills you isn't the withdrawl.  It is the constant mental battle to stick to the decision.  Once your mind is set, the rest is much easier.  I think it takes several times trying to quit just to get the idea firmly placed in your mind that you want to quit.  Once you stop struggling with the idea of "Am I really going to do this?"  Life gets much easier.

So the decision.  Practice it.  Just like a muscle, you must exercise.  There is a reason it is called exercising your authority or an exercise in will power.  And remember, sometimes doing nothing is a positive action.  NOT smoking.  NOT eating that slice of cake.  Practice exercising your will.  It will help lead you to the positive change you want.

Now back to today's run.

I walked f or fifty yards or so and then dropped to do 20 push ups.  I figured this was apparently the time.  Then I got up and walked a little more.  Then I started running again.  And then walked for a minute and then ran again.  The whole time I was mentally beating myself up a bit for being lousy.  Eventually Satchel, the dog, got tired of it and started running again.  I decided to let him take the lead and just ran behind him the whole way home.  Well, most of the way.  I walked another 20 yard stretch and then ran in front of him as we got closer to home.  Eventually I got home and checked the GPS for the run.  I had run 5.09 miles.  That is the farthest distance I have run since I started running again in December.  I ran it in 48 minutes and change.  Which isn't really that far off my pace.  Either I was running faster or greatly overestimated my walking periods.  Turns out I was beating myself up for nothing.  I don't know if that is a good thing or a bad thing.  I guess I will just call it a thing and try to keep going.

Back to work in the ED tomorrow.

Here is that article again if you want to read it.  And an article by a friend using the same research.

You Are Not So Smart

Posted by Adventure Nickel Farm at 9:51 PM No comments:

Well the main computer crapped out.  That is going to put the brakes on some of the projects I on various burners.  Oh well, nothing to be done.  I have the laptop in its place and am working on getting many of my more important files over to the new set up.  I am seriously thinking about buying a 1 TB drive and just using it for all data storage.  Pictures, music and whatnot.  We will see.  Amazing how quickly that space goes.  I remember buying my first computer and spending the extra money for the super sized hard drive 10 GB.  I thought I would never fill it up.  I don't think I ever did.

Yes, I know you had a Commodore or something using tubes and punch cards...my story.

Worked on computer stuff for most of the day.  Then we went out and explored the dunes some.  Found several very large mounds of broken clam shells someone told me were left there by the native tribes that used this area.  They would go to the beach and collect the clams and then take them back behind the first row of dunes to shuck.  Kind of neat if true.

Didn't get a workout in today, but will tomorrow.  I'm going to try some new things to better train for the mudder.  I want to interrupt the running with other exercises.  We will see how that works.  I can't believe I am going to attempt this at 7000 feet after training at essentially 0.  Sigh.  I used to think I was pretty bright.

Back to work re arranging my digital life.
Posted by Adventure Nickel Farm at 11:08 PM No comments:

I was at work.  A pretty sick patient comes in.  Not communicating verbally, from a nursing home with a history of dementia.  Not sure if he normally talks.  Physician orders a standard type treatment.  Nurse administers treatment.  Treatment appears to make patient worse.  Nurse doesn't like this and decides to monitor patient more closely.  Nurse sees patient growing much worse, much faster. Nurse gets doctor and pulls him from other patients.

Doctor doesn't like what he sees and comes quickly to same conclusion nurse suggests.  Changes treatment tactics as standard treatment previously prescribed may have contributed to patient condition change.

Now the patient is in real distress.  As in, life or death distress.  The nurse is not leaving the room.  Constant monitoring and heading back to the doctor to ask for new interventions to help the patient.  After an hour the patient finally stabilizes enough that the nurse can leave the room.  Another hour or so and we have a  room and get ready to take the patient up.

Here is where the cool part is.  The patient is now speaking coherently.  Awake and alert and oriented.  Asks where he is and laughs at some of the things I told him he was saying when he was distressed.  Apparently he was surprised at who he is calling out to for help.  Another nurse comes in to relieve me for lunch and the patient listens as I report off about everything that has happened.  Patient grows very quiet, looks me straight in the eye and solemnly says, "Thank you."  Makes my day.

Off to work again.
Posted by Adventure Nickel Farm at 9:11 AM No comments:

Seems like everything breaks at once.  There is a leak in the power steering of the truck somewhere.  Thanks to the Duramax forums, I am pretty sure that it is just a hose.  Still, needs to be fixed.  Also, there are a couple of things with the RV we need to get checked out.  The roof is bubbling near the front enough that I am concerned.  One of the cables that pulls a slide out in is frayed and near breaking.  There is a soft spot in a floor and there may be trouble with another slide.  I could fix most of this myself, but there is 1 month left on the warranty.  I have already talked to Open Range and I have to haul it to Ventura to get it in somewhere.  So, that needs to be done.  The computer is not booting correctly and requires several attempts to get it started each time.  The camera lens zoom is sticking intermittently.  The car's paint needs cleaning and touching up.  I should be writing something or updating the website.  The list goes on.

So today we went to the beach.

Yeah, it is a special kind of neglect, but it's mine.  We played in tide pools, a little estuary.  Max and I played football in the sand.  Sarah got some beach time.

All teh problems were still here when we returned, but our attitudes were different.  Now maybe we can do something productive.  Things will get done.  Just not as much today.  Some days are like that. 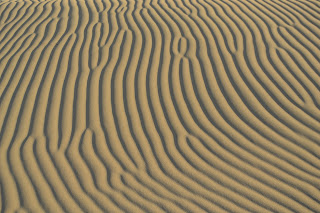 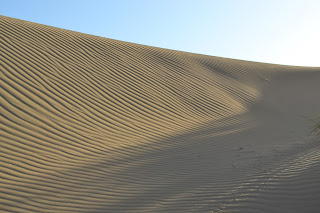 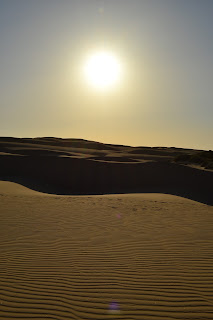 Posted by Adventure Nickel Farm at 5:36 PM No comments: