Guess where we went today, go ahead, guess*.


I thought so.  And what a beautiful day to be in San Francisco.  This was a really weird trip for me.  When I was in the navy I was stationed in Concord.  For three years, I spent a lot of time in and around San Francisco.  I went to different places than where I took my family today.  We are adventurous, but even I have my limits.

Well, mostly.  I did a few fairly innocent tourist things when I was in the service too. 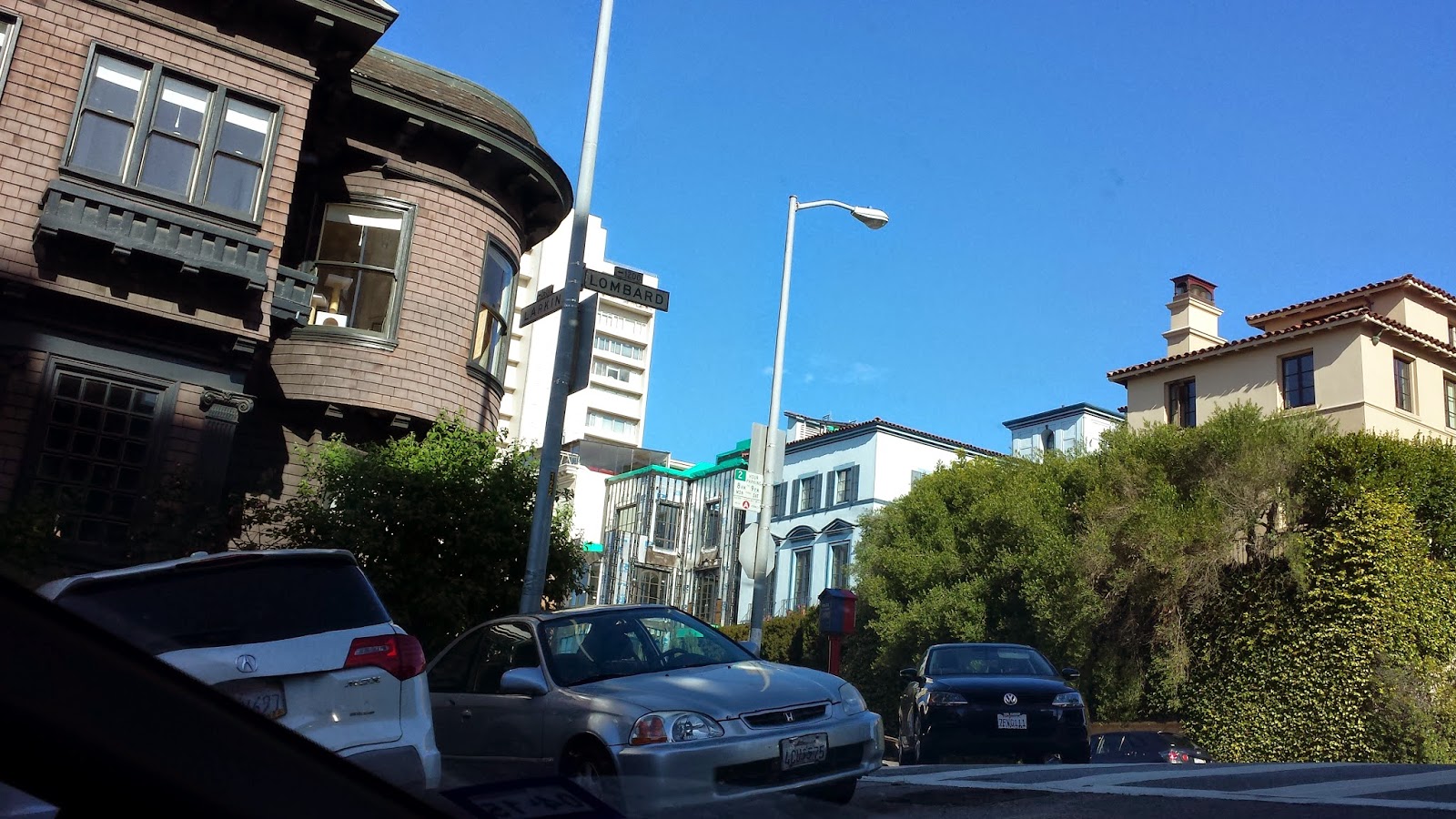 Hard to appreciate just with pictures.

With the kids it was an easy first choice.  When we have some more time we will hit the Exploratorium and some other places, but for a quick stop it is hard to beat Fisherman's Wharf.


Just a short post about a quick trip.  Have a lovely weekend.

Posted by Adventure Nickel Farm at 7:14 PM No comments:

Grove of the Titans Revisited.

Today was another case of getting a second chance to go somewhere you never even thought you would get a first chance to visit.  I am incredibly lucky about this.  We drove today to a special spot in the Jedidiah Smith Redwood Forest and communed with several of the tallest trees in the world.  The last time we were here, I had to carry Max the whole way, he was still in diapers.  This was also the place that convinced me we needed to get a good camera.  Last time, our cell phones were our cameras and the batteries died right about the time we got to the place we wanted them.  Well, today wasn't the best photography day, the light was decent early and then deteriorated as the day progressed, but I feel lucky just to have been there.  No complaints.

Early on we had a decision point.  We had to cross a creek on foot that was probably too cold and deep to ford with the prospect of a multiple mile hike after.  What we found as a solution was the old log across the creek trick.  The problem was the log was wet, moss covered and angled upward more steeply as you progressed so you found yourself on the steepest, slickest spot when you were highest up and most likely to injure yourself if you fell.  So of course I sent the kids first.  Hey, it was only about 40-45 feet above the rocks.


That second picture is going to start a bit of a refrain for the day.  The picture doesn't do it justice.  It was a struggle all day to try to get enough of a perspective to deliver a sense of just how amazing these forests are.  On the other hand, walking through these forests, just ants milling about really, gives you an immediate perspective on everything.  Some of these trees are over 300 feet tall.  Some are possibly more than 2,000 years old.

At one point we came across some other hikers.  One group were littering, loud and obnoxious.  That is so irritating.  We always seems to take for granted that which we see all too regularly.  I think these people were locals just getting out of the house.  We picked up and carted out whatever we could reach.  Another group seemed to be foreigners with expensive camera equipment.  They were quieter and seemed much more appreciative of where they were.  I like people who appreciate the natural wonders of the world.

So, I will keep with the prevailing internet wisdom and not reveal specifically where the grove is located.  I will mix up my pictures a bit and not name everything.  If you want to go, you will have to work at least a little for it.  Then, I hope you will appreciate it. 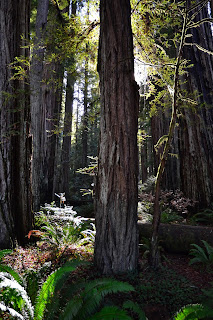 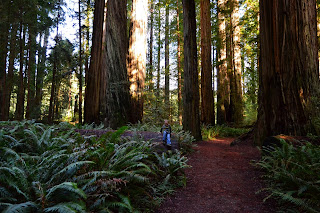 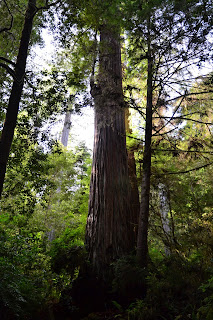 Michael has become quite the amateur mycologist.  He has several books on the subject and reads them repeatedly.  Last night he identified and verified the safety to my satisfaction some shaggy mane mushrooms which we subsequently cooked and ate.  Today he identified two more edibles, only one of which we ate.  He identified lobster mushrooms (an interesting dual mushroom) and two species of chanterelle.  He said there were enough look alikes out there that we shouldn't eat the chanterelles, but the lobsters were safe.  I think the chanterelles were fine too, but they ended up getting crushed by the lobsters.  Pretty cool.

It was a great day for mushrooms.  We found and tentatively identified around a dozen.  We only took the lobsters and half of the chanterelles.

Back to the hike. 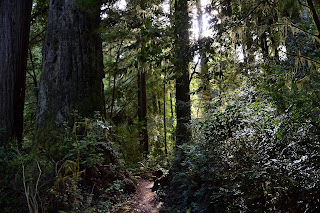 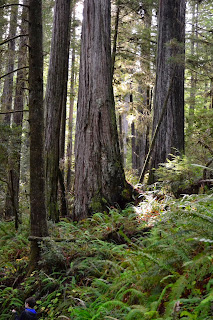 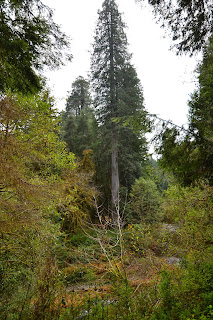 All of these beautiful trees were not titans as I kept telling Max.  All of this awesome and we hadn't even gotten to the big ones yet.

We wandered through the grove for a while, but the days are short this time of year and we were still over an hour hike away from being done.  After speaking with some of the people we met, we found another way to go that didn't involve dangling over a creek on a slippery tree and decided to go that way instead.  Good information to have.


It was a wonderful trip.  I hope that someday I can return yet again and wander through with some other visitors.  I would love nothing more than to share this amazing place with some people I am sure would appreciate it.

Posted by Adventure Nickel Farm at 10:49 PM No comments: