All by myself.  What to do, what to do?  Well, I could do something productive, like, well anything else.

Instead, I chose to drive around one day and look at pretty mountains.  That wasn't all though.  It is morel season and I wanted to at least find a few.  So I thought about where I might have some luck.  I hear tell that you can find them frequently in recently burned areas.  So, here was my plan.  I was going to drive south near Everett and turn east on Highway 2.  This would take me over near Wenatchee, where I remember a lot of the fire activity happening last year.  It didn't hurt that this would take me past some beautiful mountains.  Up and out early...off I went.

It was cloudy and rainy and just not a real good day for epic scenery.  Oh well. 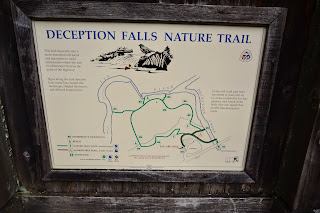 Well, yeah I'm gonna stop.  Waterfalls look cool even in the rain.  Besides, it was a short trail.

Three feet out of the parking lot, it looked like this. 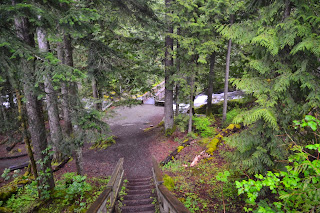 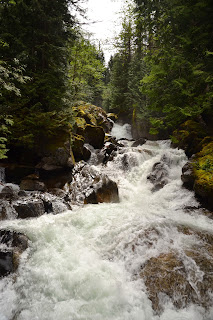 But, this isn't just about waterfalls.  I was on a quest.  I needed to find some morels.  I saw some burned area a mile or so off the road.  Whenever I saw a chance to turn that direction, I did.

It was about five minutes of stomping around before I found one.

There were other little delights.

Oh yeah, Julia, your warnings didn't fall on deaf ears.  I didn't walk too close to this. 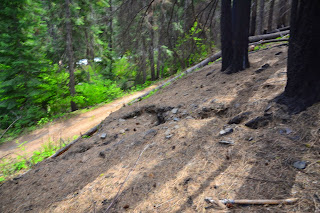 I spent about an hour farting around in the woods.  But, it had been a three hour drive to get here and I still wasn't sure which way I wanted to go home.  I got in the car made it to the main road.

Now...which way to go?  You know, there isn't anything keeping me from going out as long as I want.  Might as well do the loop.  The loop, in this case, would take me all the way to the east side of the Cascade range.  Then back north until I crossed back through the mountains through the North Cascades National Park.  Sounds fun right?

It took a lot longer than I thought.  I think I ended up with 9 hours or so of driving.  Sheesh.

Was it worth it?

There were almost no cars out there either.  I could have danced the Watusi in the middle of the highway and no one would have known. 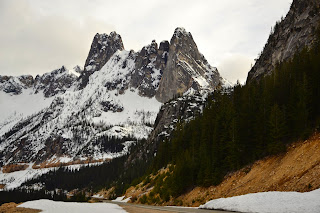 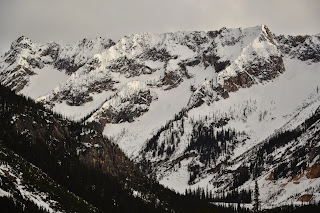 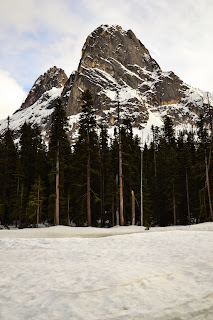 I realized I could spend several days out here taking pictures, but I was still pretty far from home.  I managed to pass up a lot of photo opportunities.  There were one or two that I just couldn't resist.


I pulled into home well after dark. 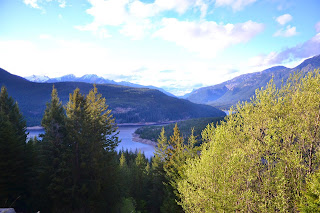 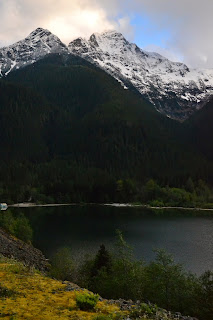 Posted by Adventure Nickel Farm at 2:21 PM No comments: