I haven't been writing much lately.  Other things have come up that keep me distracted.  Talk about a low bar to get over.  I'm still amazed that I get any writing done on a tool that connects directly to the internet.

What have I been up to?  Well, for starters, we did some hiking.  Russell went with us on a short  (3.3 miles, amazing now that that is considered short) hike up toward Hermit's Peak.  We may try again some day to get to the top.  Not as difficult an endeavor as Wheeler Peak, but still pretty cool.  Especially if you are a fan of the original version of the movie, Red Dawn.  Much of it was filmed around there.

Last night we finally managed to have a few beers with someone Sarah met in the laundry room. His name is Paul Grabhorn and he was a photographer for The International Committee of the Red Cross and spent 17 years documenting aid and relief efforts in conflict zones.  It is rare when Sarah and I both feel someone else has better stories than us, but he managed.  What an interesting guy.  He is here writing a photo book about his experiences.  We are getting a bit of a sneak preview.

I have been running; getting ready for the half marathon.  Man, that is showing up a lot faster than I figured for some reason. The longest run to date is today's run of 8.8 miles.  Still have almost five miles to add to that in 3 weeks.  That is a whole other day's run.  Sheesh.  Weird thing happened today on the run.  I was trudging up the largest of the hills on the route for the second time.  I run alongside a road since I am training for a road run.  It is a somewhat busy road so there is roadside debris: tire parts, bungee cords, trash and whatnot.  Well, today, one of the bungee cords raised up and struck at me.  It was actually a small snake sunning on the roadside.  I made an interesting and totally ungraceful twisting leap to avoid getting bitten at the last second and continued on.  I figured I had bothered it enough and should just keep going.

Today Sarah and I took the kids to REI to look at serious hiking backpacks.  Boy, they are as expensive as you want them to be.  Nice though.  Might have to invest in a good one if this hiking thing keeps up.  It's only been a couple of years now, probably a phase. 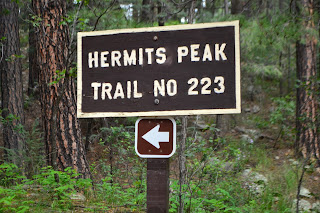 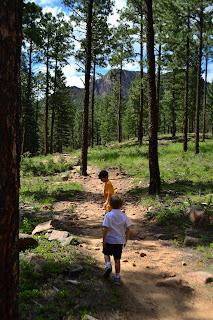 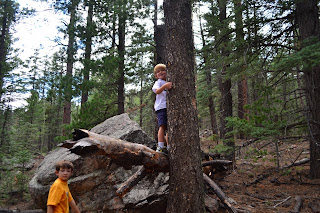 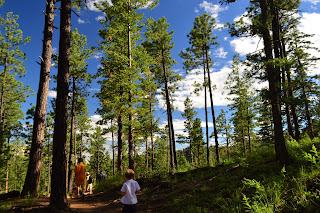 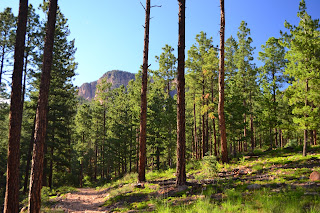